Toby Marshall is having a 2014 to remember. As sales and marketing director for Mitsubishi Motors in the UK, he has overseen several major advertising campaigns this year aimed at raising brand awareness and driving sales across the country. This concerted increase in marketing activity is apparently reaping rewards: Marshall claims sales are up by a huge 90 per cent this year versus a UK market average of 10 per cent growth.

Although Mitsubishi’s current growth is down to a range of factors, including new product launches and dealership expansion, the impact of increased marketing is clear. This year the Japanese corporation tripled the marketing budget of its UK car business following several years of stagnation. Marshall has duly set about spending the increased funds on a series of new campaigns.

In April the car marque returned to TV for the first time since 2011, taking over from Honda as lead sponsor of Channel 4 Documentaries. This was followed shortly afterwards by a campaign for its Outlander range of electric hybrid cars. Next week Mitsubishi will appear on TV again with a new campaign to promote its ASX range of crossover SUVs.

The sudden injection of marketing investment follows a difficult few years for Mitsubishi when, beginning in 2010, pressures on the Japanese currency forced it to squeeze certain international budgets. Marshall, who joined Mitsubishi Motors as a data analyst 16 years ago, is keen to maintain the company’s momentum in the UK this year by expanding its estate of 120 UK dealerships and augmenting its digital presence.

The new campaign, developed by marketing agency Golley Slater, breaks on 13 October and will run across TV, outdoor, press and online. Ahead of its launch, Marketing Week caught up with Marshall to hear about the brand’s plans for further expansion.

Marketing Week (MW): The ASX model launched in the UK in 2010, so why is Mitsubishi running advertising for it now?

Toby Marshall (TM): At the time that we launched the ASX a few years ago, most Japanese manufacturers were suffering because of the yen exchange rate. The yen became very strong so anything coming out of Japan suddenly became expensive. That meant our marketing margins were squeezed and we had to reduce our marketing spend.

We were unable to market the ASX sufficiently but now that the exchange rates have changed, we’ve got enough margin to be able to push the car again. The campaign is purely about increasing awareness of the car.

MW: What is the concept behind the campaign?

TM: The ASX is a crossover vehicle suitable for both urban and countryside environments, so the brief to the agency was ‘go anywhere, do anything’. The TV ad revolves around a canoe race but the twist is that the canoes are on wheels and in an urban area. You see the canoes on the roof of the car and assume the people in the ad are heading off into the countryside to go canoeing for the day when actually they’re unloading them to take part in a different type of sport, which we call ‘urban canoeing’.

The ad also shows that the ASX is very practical because there is lots of space to carry equipment, and is robust and manoeuvrable in different environments.

MW: How do you ensure your advertising stands out in the competitive car industry?

TM: To make your message clear and really stand out you have to be very targeted and pick only one or two features of the car. For example, in our TV ads for the Outlander PHEV model, we focused on the fact that it’s very efficient and has low CO2 emissions, even though there are many other technological innovations in the vehicle that we’re proud of and could have talked about. By focusing very clearly on a particular feature, we try to create as much stand-out as we possibly can.

MW: What other marketing channels are important for Mitsubishi Motors at the moment?

TM: We’re not the biggest car brand in the UK market, so using digital techniques like search is a good way of getting the brand onto people’s shopping lists when they might not otherwise have considered us. We can also measure digital campaigns and adjust them quickly.

This year we have also been running location-specific posters and cinema ads for the Outlander PHEV. At the end of the ads, we told viewers where their nearest Mitsubishi dealership was. It’s only half a story if you tell people about the great car but don’t tell them where they can experience it.

TM: One important activation this year has been our sponsorship of Documentaries on 4. The profile of the people watching those documentaries is very close to the people who buy our vehicles. It also means that the Mitsubishi logo is on TV pretty much every night and for several times over the course of a night.

Online video is also very important for us. A car purchase is an emotional thing that people get very involved in, so video is a major tool in guiding them through that. We make various ‘how-to’ videos, for example, which show people how to use different features on our cars.

MW: How has the car industry changed since you joined Mitsubishi Motors in 1998?

TM: People are much more lifestyle focused with their car choice now. Ten years ago most people drove similar vehicles but now they want something that makes a statement about their lifestyle and that they can use for all eventualities. And whereas two or three big brands dominated in the past, people are also much more willing to try lots of different brands of car now. 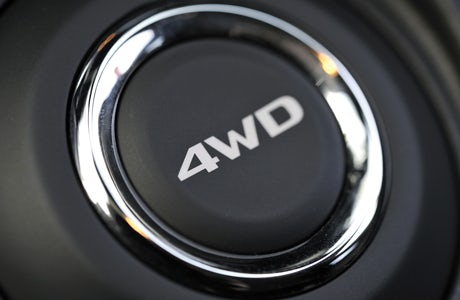 According to Marshall, one of Mitsubishi Motors’ core brand attributes is “technical innovation”, particularly in the field of low-emission vehicles. In 2009 it became the first major car manufacturer to launch an electric car for the mass market when it unveiled the i-MiEV. It continued this heritage earlier this year by launching a plug-in hybrid (PHEV) version of its Outlander range that can deliver 148 miles to the gallon.

In addition to the environmental impact, Marshall argues that car buyers are increasingly conscious of the cost benefits of owning fuel-efficient vehicles. Following the launch of a TV advertising campaign for the Outlander PHEV in May, the company’s web traffic increased by 170 per cent, he claims.

“Consumers are now much more aware of how vehicle excise duty works and the fact that it is based on emissions,” notes Marshall. “They’re also very aware of the cost of fuel, so innovations that increase efficiency and keep emissions low can have a big impact.”

Last year nearly 50,000 plug-in vehicles were sold in the EU, representing just 0.4 per cent of all car sales. However, an analysis by the Transport & Environment think-tank shows that sales of electric vehicles have doubled annually in Europe since 2010 and look set to climb further as a result of EU CO2 regulations.

Marshall has a vital role to play in taking advantage of this trend. His job straddles both the sales and marketing divisions, meaning he is responsible for ordering the right cars for the UK market and positioning them accordingly. His background in data analysis is particularly valuable here, he says, helping him to decipher both online and offline trends in the market and adapt his strategy as needed.

“There are so many data points that you can tie together now to get indicators of how you are doing and where you need to get to,” he says. “Being highly analytical is crucial.”