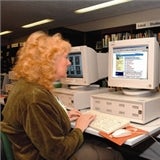 With budgets being invested in search engine marketing increasing so rapidly – total UK expenditure is heading for &£1bn a year – there came a timely reminder of the problems that can emerge earlier this month.

The pay-per-click (PPC) sector is dominated by Google and Yahoo!, with MSN a late entrant, but several mid-sized companies have entered the fray. One such firm, Miva, came under fire over alleged click-fraud.

The problem stemmed from Miva’s relationship with Golog, a French company which redirects users who have misspelt websites or typed in non-existent web addresses. It sends them on to genuine websites instead, which are in turn charged for delivery of the traffic. However, in some cases, it appeared to send surfers on to inappropriate sites.

Miva reacted quickly, suspending its relationship with Golog when it became aware of the problem. A spokesman for the company said it had received no complaints from advertisers and had gained plaudits in online forums for its quick reaction.

Such problems are not unknown and can often be stopped by teams who analyse the quality of traffic going across their networks, as happened in this case. Nonetheless, advertisers would be well advised to remain vigilant, no matter what PPC network they use.

Meanwhile, a survey of over 7 million visits to e-commerce sites that began on a search engine, pointed to further problems. Digital agency Logan Tod, which ran the survey, claimed that over 60% of e-commerce websites are wasting their investment in search marketing because they don’t make the same effort on their websites as they do getting people to those sites – the result is that as many as 20% of visitors leave as soon as they land on their page.