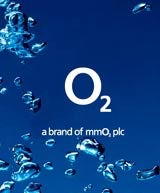 MmO2, formerly BT Wireless, is drawing up a shortlist of creative agencies to pitch for the task of rebranding its mobile network BT Cellnet O2 next year.

The company which is due to be demerged from BT next month is using the services of Agency Insight. It is expected that the shortlist will include Abbott Mead Vickers.BBDO, which has been working on the O2 brand to date and is the incumbent agency on the BT Cellnet account.

The agency that wins the brief will also be charged with rebranding BT Wireless’ network businesses in other countries. These include Viag in Germany, Telfont in the Netherlands, Esat Digifone in the Republic of Ireland and Manx Telecom of the Isle of Man. BT Wireless’ mobile services brand Genie will also be branded O2.

A spokesman for mmO2 refused to confirm that an agency review had been called.

MmO2 vice-president of marketing Will Harris is also understood to be looking at media arrangements and is widely expected to call a media review. At present media buying is handled by agencies appointed on an individual country basis. In the UK mmO2 uses Zenith and The Allmond Partnership. It is expected that Harris will consolidate the media buying accounts which together are worth &£150m into one agency.