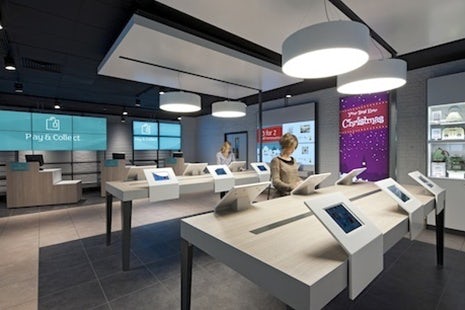 Mobile commerce increased 56 per cent in the three months to 1 June and accounted for more than 50 per cent of internet sales. A spokesperson says Argos has been experiencing strong mobile sales for some time but growth was boosted by the introduction of a new website in December.

Argos also benefits from its click-and-collect service, which allows customers to pick up their orders from any of its 730 stores, the spokesperson adds. Overall, internet sales accounted for 42 per cent of Argos’ total sales in the quarter.

The figures suggest Argos’ transition to become a digital retail leader puts them ahead of the pack. Figures from the British Retail Consortium show that the internet accounted for 17.4 per cent of total sales in the three months to the end of May, some way behind Argos’ mobile sales alone let alone its total online sales. Emarketer estimates that mobile will account for 19 per cent of internet retail sales this year.

Mobile helped boost Argos to a 4.9 per cent like-for-like sales increase in the first quarter, an improvement on the 1.9 per cent rise seen in the same period a year ago. Total sales were up 4.8 per cent to £868m, boosted by sales of seasonal products such as camping chairs and patio furniture and electrical products including TVs, although this was partially offset by a decline in tablet sales as consumers increasingly buy cheaper non-Apple tablets.

At Homebase, which his also owned by Home Retail Group, sales at stores open for more than a year were up 7.9 per cent, while total sales increased 5.5 per cent to £445m. However, Home Retail Group is warning that such strong growth figures, at both Homebase and Argos, are unlikely to be repeated in the second quarter.

Conlumino analyst David Alexander says: “Home Retail Group seems to be masterminding a shrewd turnaround strategy at two retailers many had begun to write off in recent years.

“Stores, once seen as a burden too great for Argos to bear have now become perhaps its greatest advantage over pureplay retailers as the retailer aims to become an industry leader in click & collect. On this front, Argos has been buoyed by positive customer feedback to its new digital format stores.” 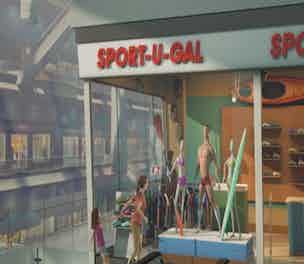 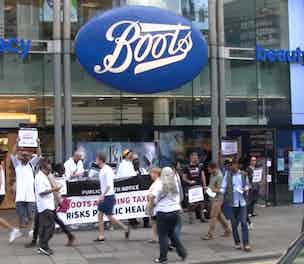 Boots today (11 June) became the latest in a line of brands to be held to account over its corporation tax practices, when protesters staged a demonstration outside its flagship Oxford Street store.