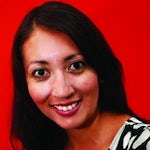 A quarter of the population are using smartphones and this is set to increase rapidly, meaning opportunities for brands to provide apps and games to users are also on the rise.

Over a breakfast briefing I attended recently, UM has revealed the insights of a survey of over 1,000 people and their relationships with their mobiles, and specific insights around the use of apps, and games in particular, could prove useful for brands which have yet to totally figure out its place in this space.

As the time people spend using mobile internet is increasing, opportunities for brands to engage via what has been termed the most intimate communications channel are growing exponentially – and as UM’s results reveal, these appear to be most obvious in the gaming sector.

UM revealed the most popular app downloads to be for games, with 55% of the sample saying they had downloaded a games app. (Results after this included 32% GPS, 32% social networking, 29% weather, 29% news, 27% music, 21% sport, 20% fun and 19% travel to name some). It is this frequency of usage that is making games a popular option for brands sponsoring a game-led app.

And of course, more frequent mobile internet users are in general more likely to download games. UM has broken down the population into the following categories based on its research:

When it comes to gaming, the following say they download games on a regular basis: 44% early majority, 62% early adopters, 75% innovators.

UM’s insights can help brands to develop the right sponsored game to encourage not only mass download but viral buzz: it’s “important to understand basic human relationships with technology to create the right game for right audience”; they said in the briefing this morning. Like any other campaign, producing a gaming app must have a purpose and goal, and be in line with the brand’s identity and objectives.

Gaming is just one area of the mobile world that brands can tap into to create “brand love”, as UM puts it, by tapping into people’s interests while also demonstrating brand values in a less overt, value adding way.

Unilever is to buy personal care group Alberto Culver which owns the TRESemmé, VO5, and Simple brands in a deal that extends its hair and skin care portfolio. 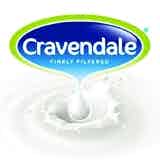 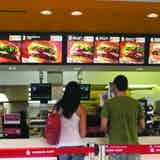 The Government wants fast-food chains and restaurants to advise customers of the calorie count in their food.