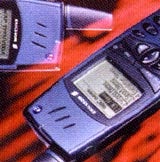 Consumers are ready to pay for Wireless Application Protocol (WAP) services while major UK companies are not. While one-third of businesses are implementing mobile applications, two-thirds do not even have a strategy.

The research also reveals that about one-third of consumers were able to accurately describe what WAP, or the mobile Internet, can do. But behind this figure lie some interesting variances, which indicate where early switching to it will occur.

When WAP was explained to them, 70 per cent of consumers could envisage using it to communicate with regular suppliers, such as banks, utilities and telephone companies.

In line with this huge latent demand for mobile access, 60 per cent of marketers interviewed expect to be communicating with customers through the m-channel by the end of 2001.

On the subject of location-linked services – enabling subscribers to access travel, leisure or SOS services relevant to their location – the research shows that nearly 70 per cent of consumers would pay, and that the remainder would trade these services for exposure to advertising messages.

The research shows that heaviest users of these services will be young (18- to 34-years-old), more affluent, non-parents (salary more than £25k a year) with access to the Net.

For those who prefer the pay-as-you-go approach, 35p per use was deemed acceptable. Of the third who wanted these services to be funded by advertising, 60 per cent were men. Women were keener to pay per use than men

These results suggest both a revenue and a marketing communications opportunity, which marketers grossly underestimate. Only 23 per cent of marketers surveyed expected consumers to pay for such services.

Some 42 per cent of consumers are ready to shop online through their mobile and are waiting for the opportunity.

This number increased to between 50 and 60 per cent in the younger segments, people with Net access already – particularly at the office, and high earners. Like mobile phones before they penetrated the mass market, the new mobile devices seem poised to be both a fashion accessory and a lifestyle enhancer.

This particular finding should be the marketing department’s cue to rethink its stance on next generation mobile as a revenue and marketing communications tool.

Consumers were asked how they would prefer to be billed for goods and services bought through the m-channel. Sixty-three per cent said they would prefer the goods to appear as an additional item on their phone bill – and interesting result for those telecoms companies struggling to find added value in e-commerce.

Seventy-five per cent of marketers see WAP’s importance as a new means of accessing the company’s website and 50 per cent expect this to attract new users – rather than as a direct means of increasing revenues.

Although significant budgets are set aside to put this into practice, expectations are low with only one-third of marketers seeing their target consumers as early adopters of the new mobile technology.

IT chiefs were also surveyed, to assess whether the largest consumer-facing organisations recognise the wider opportunities and threats implicit in an m-commerce future.

Of those responsible for the technology systems that will make m-commerce work for these companies, only one-third said a strategy for adopting mobile technology was in place, even though 70 per cent recognised that to ignore it is to risk being overtaken by it.

Equally worrying is that few IT heads saw mobile technology delivering significant benefit to marketing, customer service and sales functions. These are the same IT bosses responsible for identifying, acquiring, retaining and increasing the number of customers.

The overwhelming feeling is that urgent communication needs to take place between marketing, customer services and technology divisions in order to hammer out a priority agenda for mobile adoption and to integrate it quickly into the e-business strategy.