Marketers are under pressure to improve the ecommerce experience after new research shows a drop in online shopping conversion rates. The study also finds that the average order value of online shoppers is falling, driven by reduced spend on mobile devices.

The findings are revealed in the latest Ecommerce Quarterly report by online personalisation firm Monetate. The report calculates averages from a sample of more than seven billion online shopping sessions across Monetate’s global customer base of online retailers.

Mike Harris, EMEA vice-president at Monetate, says the downward trend is indicative of consumers’ propensity to visit more sites before making a buying decision. Indeed, although conversions are dropping, people are visiting more product pages per shopping session, rising from 2.09 product views per session in Q1 2014 to 2.28 in Q1 2015.

“This includes comparing prices, delivery options and return policies,” explains Harris. “As they move between sites, this has the effect of reducing conversion rates as they browse but don’t buy.”

However, the conversion rate for people who clicked through from social media increased from 0.99% in the first quarter of last year to 1.17% this year. This suggests that social media is becoming a more prominent channel for generating sales, albeit on a small scale. 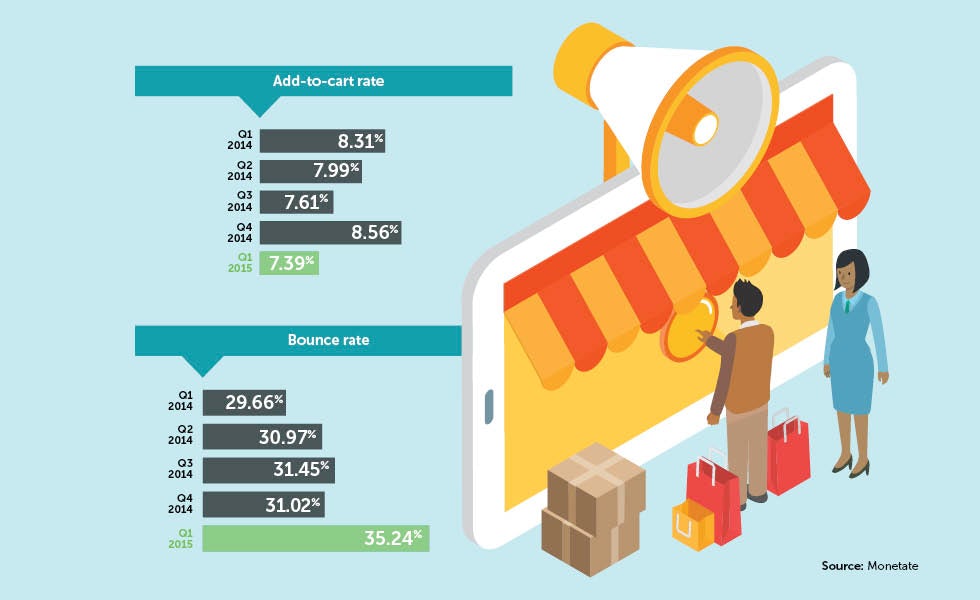 The study also shows that the global bounce rate – the percentage of sessions in which the visitor leaves the website after viewing one page without interacting with it – has risen from 29.66% in Q1 2014 to 35.24% a year later. This suggests that marketers need to work harder at improving the landing page experience and the relevance of the marketing communications leading customers to that page.

Harris believes brands should make better use of customer data in order to create personalised experiences online. He adds that many companies are unable to extract the right data from legacy systems such as customer relationship management or web analytics platforms, or from silos within the organisation.

“For those companies that are able to access their data, many lack the ability to extract valuable segments and interpret the performance of those segments online,” claims Harris.

This fall across mobile devices comes as its share of ecommerce traffic is on the rise, with smartphones accounting for 19.9% of global website visits in Q1 2015, up from 13% the previous year. However, tablet traffic fell slightly from 16.6% to 15.2%.

Harris suggests that many brands are failing to develop mobile-optimised strategies that meet customers’ needs. “Companies are not optimising the cross-sell or up-sell piece on mobile,” he says.

“They are also not focusing on the research part of the mobile shopping experience, which lends itself to smaller AOV. In comparison, the desktop experience is optimised with tactics such as product recommendations that are focused on increasing AOV.”

“Personalisation can help deliver an experience that is tailored not just to the device, but also the context, location and known preferences of the individual, removing irrelevant content and barriers in the user journey,” he says. 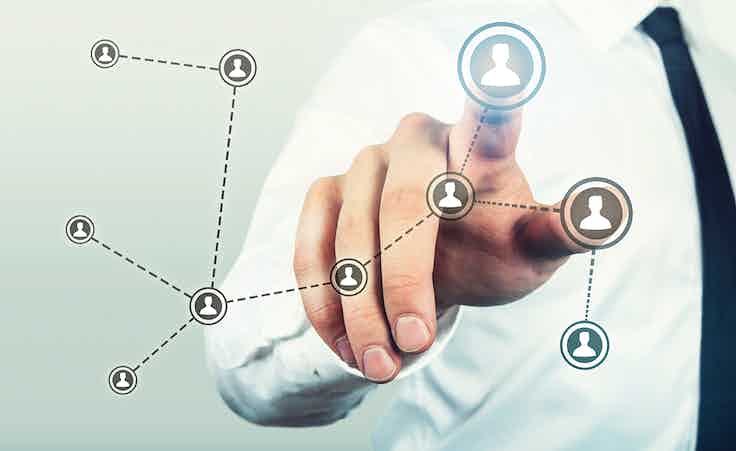 While marketers see the value of personalising their digital interactions with customers, most still struggle to connect their content with commerce, according to new research. 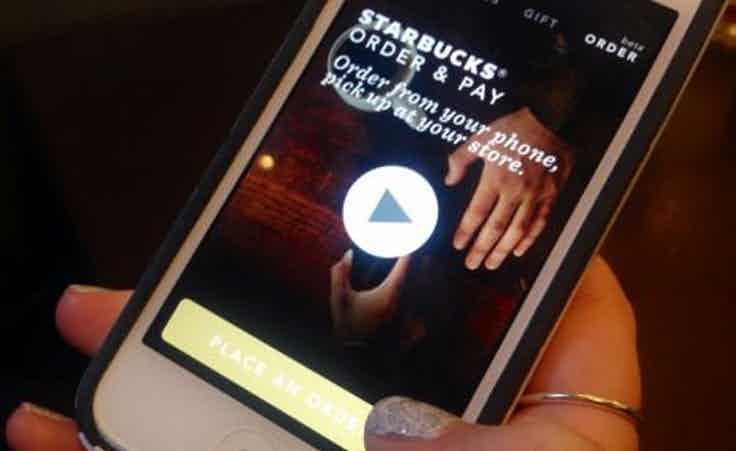 Both Starbucks and Domino’s have highlighted the benefits of investing in digital technology and ecommerce capabilities to improve the customer experience. Domino’s saw its app sales overtake desktop for the first time and Starbucks’ posted its “most remarkable quarter” yet thanks to its mobile ordering and payment service. The results show that brands should be focusing on the benefits of investing in digital technology rather than simply pushing money into digital advertising. 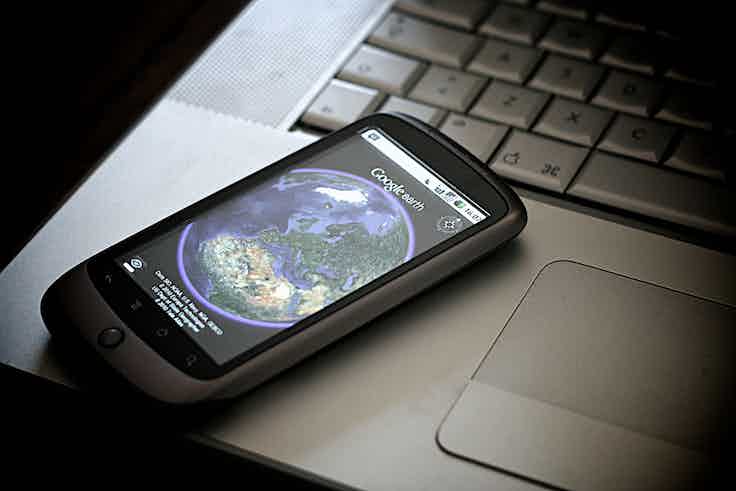 The future of personalisation could involve a digital personal shopping assistant to “help users through the fragmented customer journey” according to Google’s vp of product management Jonathan Alferness.