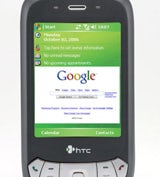 The news comes despite industry hype around the success of web-enabled smartphones such as Apple’s iPhone and Google’s Nexus One.

Essential’s research also found that 60% of UK mobile users claim to not even own a mobile with internet access and just 30% of these are interested in getting one.

Alex Charlton, partner at Essential Research which conducted the study over six months in 2009, says: “This type of research doesn’t often see the light of day, and what we’ve found is pretty surprising news: there is an enormous gulf between the perceptions we hold about mobiles being a big part of our internet lives and the reality.”

Barriers to full adoption of mobile web services were mostly “hygiene factors” including speed of connection, the cost of mobile internet and handset battery life.

The research found that even when cost was not considered, over half of users (57%) who have tried to get online with a mobile and failed reported that they found the technology too difficult to use, access to websites was impossible and the mobile internet experience didn’t meet their expectations.

The ability to perform everyday activities such as checking real time travel updates (33%) and tracking in-store offers, coupons and vouchers (31%) were the most interesting to those that don’t currently use mobile internet.

Charlton says: “With high profile marketing campaigns all around us, consumers are aware that they can use their mobile to check their email and use Facebook. What we’ve shown here is that there is a genuine interest from consumers to engage with brands that they already connect with and use their mobiles as an extension to their everyday lives. There is a role for all of us to play in making the mobile internet a more attractive proposition to the mass market and the opportunity is massive. Brands hold the key.”