The design theme is being threaded through the mass-market campaign, with an event in showrooms across the UK during February. There will also be an experiential Japanese toy-box tour in six UK locations, from March through to April. The aim of these initiatives is to drum up interest among the wider public and to continue stimulating the design-led conversations online.

“What is for sure is that we won’t be doing a classic campaign,” says Cartier. And the influencer strategy isn’t a one-off, he adds. It will be used again when appropriate car models are launched.

The electric Leaf car, which is set to launch in January 2011, will draw heavily on the strategy. It will rely on influencers to “answer the many questions people will inevitably have about a family-sized electric car,” says Whitfield.

But Whitfield warns that this strategy can not be applied indiscriminately. “If you’re found out to be putting something out that is false and that doesn’t stand up, then don’t do it.”

For Nissan, the hope is that design influencers can change the way the entire brand is perceived. This will take the Cube’s launch beyond being an innovative campaign and make it a strategy that will affect the company for years to come.

The love-it, hate-it marketing maxim of Unilever’s Marmite spread has served it well in the online space, sparking many conversations between the “lovers” and the “haters”. The official fan page on Facebook has almost 250,000 members and many bloggers dedicate posts to the sticky black stuff – unprompted by the brand.

For Marmite’s latest project, the marketing team decided to use these conversations to help it develop a new product. It recruited its most influential “lovers” into a Victorian-esque “secret society” to develop a new extra-strong variant of the yeast extract and to further spread the word about the brand.

The Marmarati is an “inner circle” of 30 influential bloggers and Facebookers who have been formed to develop and talk about Marmite XO, which will be on the shelves from March. These influencers attended a special tasting event to decide on the formula of the new product and have even had a chance to discuss the design of the XO pot.

Marmite marketing manager Tom Denyard explains that these “chosen ones” are the brand’s core group of influencers and advocates online. He hopes that the group will help the brand continue the conversation about its new product launch.

While the Marmite influencers had their say in the creation of the new variant, Unilever wants the influencers to talk further about the brand. “It’s about providing interesting content,” argues Denyard. “For bloggers, generating content for their readers is clearly important.”

Robin Grant, managing director at We Are Social, the agency behind the Marmarati strategy, says the level of involvement of the influencers has taken him by surprise. “We’re getting emails from people involved in the society. They’re writing in a Victorian secret-society style, even though it’s only an email that we’ll see.”

It was important to get influencers involved in the project from the very beginning, says Denyard, rather than asking them to comment on an already completed project. The tasting was held in a Grade II listed building “cloaked in secrecy,” says Denyard. It was this “real-life experience”, rather than a gathering in an office, that helped motivate bloggers to write about their involvement.

Marmite is now working to maintain the interest of the influencers by involving them in the product development process. A second round of user-generated content competitions are recruiting an additional 160 to be initiated into the “second circle”.

These fans will be given a beta version of Marmite XO and will be asked to record reaction videos for its website to “capture another round of feedback before the product hits the shelves,” explains Denyard.

The existing fanbase for Marmite on social networking sites “gave us permission to engage them,” explains Denyard. Interest from the influencers has given Marmite the confidence to launch its own Twitter feed too.

Following this project, influencers will be an ongoing part of Marmite’s strategy, says Denyard. “They’re called influencers for a reason. They have reach in the online space. The important thing for us is to have a credible reach,” he says.

Grant warns that this type of strategy won’t work for every brand: “This type of approach only works if people care about or talk about a brand in the first place.” Marmite, he says, already had a special relationship with its fans, developed through its “lovers and haters” marketing.

Most of us would find it hard to turn down an offer for a trip to the Caribbean, but last year, Petra Roach, vice-president of marketing for Barbados Tourism Authority, wasn’t looking for just anyone to take a trip to experience life on the island.

Roach identified eight lucky entrepreneurs who she felt would help to spread the word about the destination. The group of influencers were shown both the business and holiday side of the island on a three-week excursion in July last year.

Traditionally, these sorts of trips have been organised only for travel or lifestyle journalists, but Roach believes that well-connected entrepreneurs can also have a positive effect in driving more visitors to a destination.

She explains: “I’ve influenced quite a lot of people in terms of their holiday choices because of things that I’ve done, so I already recognised the role that word-of-mouth can play.”

The high street is no longer the obvious place for people to book their annual holiday anymore. Consumers often choose and book their trips online and so it was essential that the eight influencers were well connected with social media.

The influencers also represented a lower age group than the average 45 to 65-year-old island visitor. In an attempt to lower the average age of visitors to the island, Roach was keen to demonstrate that the destination isn’t just about lying on the beach.

One of the chosen influencers, Susanna Simpson, a Marketing Week columnist and founder of PR agency Limelight, says many have a clichéd idea of what the island can offer. To her, the trip showed that Barbados isn’t just for the likes of “Michael Winner and Simon Cowell”.

While there were no formal obligations to spread news about the trip, Roach says she wanted the eight influencers to tell people about the trip via their use of social media.

Simpson says she felt no pressure to spread the word but the trip led to conversations regardless. She remembers: “We naturally told lots of people. We were all active on social media, pre, during and after the trip. We also made a video and did various things on Facebook.”

To show that the island isn’t just about sun, sea and sand, the eight entrepreneurs were introduced to the business body Invest Barbados, in an attempt to make it clear that the island is well equipped for both business and pleasure.

This pilot trip was not a high cost PR and marketing tactic for Roach. Airlines and hotels servicing the destination supported the trip by the influencers, allowing the tourism board to experiment with its marketing by seeing the impact that influencers can have.

Traditional advertising is much more expensive, admits Roach, and she thinks it doesn’t necessarily have the same impact as a recommendation from an influencer.

She explains: “One ad in the Daily Mail would have cost the same amount as the trip. And I know with those eight people there’s continuity in terms of the number of people they’ll keep on telling. So the reach for me is much, much broader.”

Simpson says this type of activity only works if the right influencers are chosen in order to make the resulting coverage from the trip authentic. She says: “It’s not a prescribed marketing campaign. Recommendation comes out of solidity and quality of relationships.”

Roach agrees that the most important part of the trip was finding exactly the right people to communicate the Barbados experience to the right kind of potential customers.

“Ultimately customer enjoyment is how you get positive word-of-mouth,” she notes. “But you have to make sure the people you choose fit the profile of the Barbados customer.”

Using entrepreneurial influencers is never going to be the main way Barbados Tourism Authority promotes the destination, but Roach says the type of response that brands can get from taking influencers on such trips can have much more of an impact than other traditional marketing. She adds: “Word of mouth – you can’t beat it.”

While there is no formal way of tracking how many visitors the eight influencers have brought to the island, Roach says she knows of people who have booked because of the trip in July.

Simpson says she still chats to people about her experience in Barbados, and says it’s the kind of trip she’ll keep on talking about. So the marketing should keep on spreading.

In a climate where many consumers book a holiday based on a recommendation of a stranger on sites such as TripAdvisor, influencers could become a much more important part of promoting destinations in future. However, picking the right group of influencers to work with, such as Barbados’ entrepreneurs, is where marketers will require their skills.

Do invest time in researching the right influencers for your message.

Make sure influencers get involved because they are genuinely interested in the project you’re proposing.

Don’t use influencers to cover up the truth. Using influencers only works if the conversation is based on reality and not a myth that a brand wants to promote.

Do use influencers to tell people about aspects of your brand that people might not be familiar with. Surprise them. 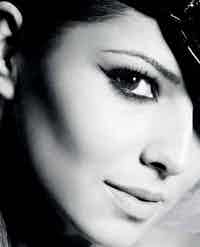 A study into the effect of Cheryl Cole’s endorsement of L’Oreal products appears to demonstrate that brands in need of a sales boostmust reach for the stars.