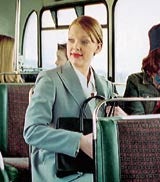 The Government is planning a multi-million pound advertising push to promote the Modern Apprenticeships scheme to young people and encourage employers to take on apprentices.

It is understood that COI Communications has already started talks with its advertising agencies to create a strategy to further the cause of the scheme.

The scheme, which forms a core part of the Government’s strategy to ensure that young people develop vocational skills before they leave the education system, is run by the Department for Education and Skills (DfES). The Government plans to increase the number of young people involved in the scheme to 320,000 by 2004.

The new campaign is expected to break early next year, to coincide with people starting to look for alternative work-training options in the New Year.

Separately, the Adult Learning Inspectorate unveiled a new study this week, which discloses that although work-based training has improved, almost half of the courses available are below an acceptable standard.