When financial services provider LV= unveiled its rebrand in May 2007, it was accused of “branding madness” and “elbowing tradition aside”.

Formerly the Liverpool Victoria Friendly Society, the company was keen to throw off dated images of co-operative financial businesses and attract new customers with an updated identity.

Three years on, and it appears LV=’s rebranding gamble has paid off. According to the company’s own research, prompted brand awareness of LV= and/or Liverpool Victoria has risen from 54% before the relaunch to 70% in September 2009.

Indeed, 72% of respondents recognised LV=’s advertising last September, compared with 17% under the old brand. Such heightened awareness has moved LV= from the 21st most well-known brand in the insurance market to sixth behind Churchill, Direct Line, AA, Aviva and More Than. Financially, the company has improved from an operating loss of £20m in 2006 to profits of £62.8m in 2008.

LV= group marketing director David Radford, who joined the company from Barclays in 2002, says: “The business strategy was clear, and we had to have a fresher, more progressive identity to live up to that strategy.

“We have played on the LV wording resembling ‘love’ in our advertising imagery because we are in business to look after what people love in life – their cars, their homes, their retirement funds.”

Brand awareness
LV= chief operating officer Richard Rowney, who joined in February 2007, also from Barclays, at the height of the pre-relaunch phase, adds: “We knew that if we carried out the rebrand cost effectively and in a way that combined our heritage with our new ambition, there was no doubt it was the right thing to do. And our latest brand awareness scores demonstrate that we did the right thing.”

The arrival of new chief executive Mike Rogers in 2006, again from Barclays, was the trigger for not just changes to the Liverpool Victoria brand but across the business.

“While the business had a strong capital base, it wasn’t increasing its customer numbers. Being at the forefront of brand marketing has been key to our ability to acquire new customers while also retaining the base we already have.”

Rowney adds that the difficulty in attracting new customers was one of the factors that led to the realisation that the Liverpool Victoria brand was not “fit for purpose”. The old name sounded localised to a particular region – even though the brand has its headquarters in Bournemouth – rather than being clearly open for all consumers. Most people also thought the term “friendly society” was old-fashioned.

“LV= has been a really successful relaunch because it met that difficult challenge of addressing our existing customers and attracting new business across a broad range of products. We went from 2.4 million customers to 3.6 million during a period when many of our competitors were cutting back.”

The company saw the LV= name as a logical evolution of its existing characteristics. Radford says: “We were already being referred to as LV and the equals sign was adopted because we are a mutual, so our members own the business.”

The change that took place was not limited to the brand’s outward-facing qualities, but resonated internally in terms of the working environment and business philosophy.

Radford says: “There has been a big focus on internal marketing. The initial emphasis was on our own people. The company has woken up to be much more open for business and an accessible, engaging brand. There’s a greater sense of urgency within the business and key to that is the level of engagement of our people.”

LV= staff were also invaluable to the business when Radford, Rowney and Rogers were deciding how to implement the new branding. The LV= executives oversaw a research programme intended to canvass opinions from staff, along with customers, the public and financial advisers. Radford says the research discovered that people wanted financial services from a company with the strength and business finesse of its largest rivals but also the trust that people feel they can place in a mutual organisation.

LV=, however, faced a battle to consolidate its online operations under the LV.com website because the domain name was wanted by Louis Vuitton and Las Vegas. Radford says winning this domain was an important milestone in the brand’s turnaround, as the website acts as a “shop window” to consumers everywhere.

With this much stronger online offering, LV= has spent the past few years changing its marketing approach. Before its rebrand, 90% of its marketing budget of around £25m in 2006 was spent on direct mail. The budget is around £30m today and analyst Datamonitor says in the first half of 2009, about 58% was spent on television campaigns, 13% on direct mail, 16% on print and 13% on outdoor.

“We don’t have the marketing budget of some of our competitors, which means we have to punch above our weight,” says Rowney. “The ecommerce team is exploring the use of viral games and social media, which are important new ways of getting brand messaging across – especially for a company that is trying to position itself as a challenger brand that is on the consumer’s side.”

Datamonitor financial services analyst Sylvia Li agrees that LV= has made a successful transition from sleepy mutual to a modern brand. “If you look back at the identity of Liverpool Victoria Friendly Society, there was something that needed to be done in terms of a new image and strategy,” she says. “The business is now growing very fast, which is a testament to what it has done.”

However, Li suggests that it is difficult to tell how much growth LV= has experienced is down to the rebrand and how much is a result of acquisition activity between 2006 and 2008, when it added ABC Insurance Solutions, Tomorrow, Britannia Rescue and Highway Insurance into its portfolio.

At any rate, the stark improvement in the brand’s recognition and awareness scores speak for themselves. Li adds: “LV=’s new approach to advertising has paid off as the message is so much clearer because the ads are shorter, catchy and more modern. It has done well to improve brand awareness.”

LV=’s brand journey may span more than three years, but Radford says the next phase of development has begun and will focus on telling the company’s target audience just how the brand’s values are combined with its products.

He would like to see the brand’s values reflected in its customer-facing operations. “A lot of people in our market can get their PR and advertising right, but the policy documents sent out to customers are so complicated and full of jargon that the experience doesn’t live up to the brand promise,” he explains. “We are overhauling our communications to customers and taking out the technical, financial-services speak that as an industry we are guilty of. But there’s no room for complacency.”

We are normally sceptical about rebranding because it usually focuses on the “image wrapper” of brand identity and communication, rather than the customer experience. However, the rebrand of Liverpool Victoria to LV= makes business sense.

This is a brand that had only 2% spontaneous awareness. In a market like insurance, where involvement is low and online search a key tool, this was a bad place to be. Shortening the name to LV made building awareness much easier.

A marketing masterstroke was getting ownership of LV.com, a super-simple and easily memorable domain name. The move to LV also helped modernise the brand in a market that is getting less dusty and dull.

LV still faces two key challenges. First is building the customer experience to make it more distinctive. The “love” idea and heart symbol used by LV are a good place to start, but the brand needs to demonstrate through action that it loves its customers.

Second, the brand needs a marketing campaign that has real impact to boost awareness and drive traffic to LV.com. It has been active in rugby sponsorship, but this is still quite niche.

Apple has launched iPad, a new touchscreen device similar to the iPod Touch, which will include an e-book reader, with content from publishers including the New York Times and Penguin Books.

Broadcaster in ‘all the right touchpoints’, according to industry experts. 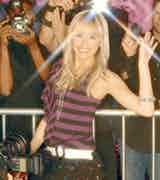 The Disney Channel is revamping its marketing to offer a more “modern face” and capitalise on a new generation of digitally aware young audiences.