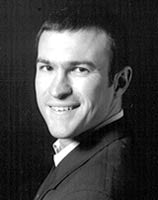 About a year ago, I had lunch with the editor of Kerrang! magazine. I went along with certain prejudices; would he look like Lemmy and gargle Jack Daniels? Nothing could have been further from the truth. Paul Rees was well-spoken, had short hair, didn’t smoke and drank mineral water. It was at this point I realised things really had changed at Kerrang!.

This coming of age has brought success to the heavy metal weekly – a 46.6 per cent period-on-period jump in circulation (ABC July to December 2001) to 76,841 copies a week. This has been a rude wake-up call to NME, the grande dame of the music press. Now in its 50th year, NME appears to be going through some kind of mid-life crisis. It wasn’t so long ago that things were much simpler for the NME. The summer of 1995 was the zenith of Britpop, and the NME was selling nearly 117,000 copies a week on the back of Oasis and Blur, who were battling it out at the top of the charts.

One might argue that Kerrang!’s stratospheric rise will be short-lived. Isn’t the growth of nu-metal and hard rock a flash in the pan? We know Kerrang! has drawn most of its new readers from the 15to 19-year-old age group – a fickle bunch at the best of times. Kerrang! has recruited well, but must ensure it does not leave itself vulnerable to changing musical tastes.

One plus for Kerrang! is the apparent falling away of dance culture, with titles such as Ministry and Muzik suffering declines as young people decide club culture is no longer “the new rock and roll”.

So what are NME’s prospects in its golden jubilee year? Investment, resizing and a move up the newsstand is probably a good move (MW last week). Its covers are historically strong and its news is fresher than monthly rival Q’s, for instance. However, it must look beyond its cover and towards its content if it is to prosper. In its desire to cater to all music fans, it has suffered of late by casting its net too wide – from the Strokes to So Solid Crew, U2 to Usher – leaving readers confused.

The NME needs to choose its next move carefully if it is to maintain its credibility. Fortunately, the NME brand remains strong, so perhaps one solution to its editorial schizophrenia would be to launch a sister title to cover the rap, R&B and hip-hop acts which dilute its indie rock heritage.

In terms of the general market, surely it is only a matter of time before a paid-for music magazine follows the Glamour model and resizes to A5, rather like weekly freesheet The Fly, which is perfect for the back pocket of your jeans. However, music is an uncertain beast, making new launches an expensive gamble.

Overall, the music magazine sector is healthy because the music industry is healthy. And increased competition is a good thing. It breeds fresh thought and innovation and is good news for advertisers. The music market offers passionate and loyal readers who can be engaged by brands which hit the right note.

The Sunday Mirror is to get a glossy celebrity supplement, M Celebs. The move forms part of Mirror Group Newspapers’ (MGN’s) relaunch strategy for its national and Sunday papers. “M” is the brand MGN has developed to target young women. The Mirror is to introduce an M Health supplement tomorrow (Thursday). The magazines will sit […]

Nigel Reeve’s criticism of Rajar (MW March 14) fundamentally misrepresents its role and its relationship with the radio industry. He argues that radio brands with niche audiences are under-represented by Rajar, which only “promotes” all-adult listening figures. But his assertion that he has “not seen a single reference to small stations’ performance within their defined […]