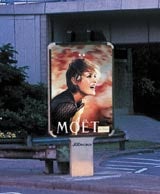 MoÃ«t Hennessy UK marketing director Lorraine Morris is leaving the company amid a restructure of the drinks business. It is not known whether she has a job to go to.

Her departure also follows the appointment of a new managing director, David Meyers, at MoÃ«t Hennessy UK. Meyers joined the company three months ago, after moving from his post as president and chief executive of RÃ©my Amerique, part of RÃ©my-Cointreau. He replaced Malcolm Dunbar, who now runs MoÃ«t Hennessey’s European business.

Meyers is talking to a number of candidates as replacements for Morris.

From the beginning of next month, all LVMH Group-owned spirits and wine brands will be consolidated into MoÃ«t Hennessy. The premium drinks business will now include Veuve Clicquot, Krug and Cloudy Bay alongside its existing brand portfolio, which comprises MoÃ«t &amp; Chandon, Dom PÃ©rignon, Mercier and Hennessy.

Next is to test-market a wedding-list service later this year, putting it in competition with other high street retailers such as Debenhams for a share of the &£250m a year market. It is expected that Next will set aside an area in its stores for the service, giving space to customers to sit and select […]

Following your news story (MW last week) about the RFU’s proposed new (“first”) advertising campaign, through Lowe, I feel duty bound to point out that Arc (or IMP, as it was then) was producing above-the-line ads for the RFU, promoting the Tetley Bitter Cup, as far back as 1999. The annual campaigns won industry awards […]

Campbell Doyle Dye has created its first television campaign for Intelligent Finance, the phone and internet arm of Halifax Bank of Scotland. The ads use the new strapline: ‘Until money grows on trees.’