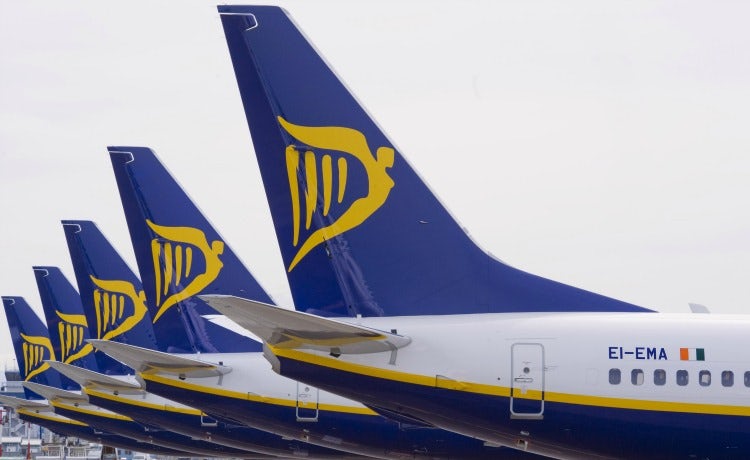 It has been a tricky couple of days for budget airlines. On Monday, Ryanair issued a profit warning, telling investors its profits would be 12% lower than expected and dropping its guidance from £1.2bn to £978m.

Both stories highlight the vulnerable situation low-cost airlines find themselves in. The problem with positioning a brand purely on cost is that the only way to go is down, which is obviously unsustainable. The collapse of Monarch this time last year is further evidence of that.

With so many low-cost airlines offering cheap deals, consumers are spoilt for choice, so relying on price alone is no longer enough. Consumers are looking for other things to differentiate the offer.

Admittedly, Ryanair has blamed pilot and cabin crew strikes (along with the rising price of oil) in large part for the drop in profits as it has impacted consumer confidence. But while this might be true, the fact Ryanair has done nothing to engender loyalty among customers is a massive issue.

Last year, Ryanair CMO, Kenny Jacobs, told Marketing Week: “I meet marketers and they say, do you want to be loved and is it all about the brand and brand love? It’s not. Short-haul flying for me is a commodity choice.”

To an extent he’s right. People will always choose the most convenient option but airline industrial action, fuel price hike and air traffic restrictions are all things outside of Ryanair’s control and when convenience becomes harder to deliver consumers need to have a stronger connection to the brand.

Rival budget airline EasyJet is more aware of this and has set plans in place to drive loyalty. The airline’s new chief marketing officer Lis Blair told me in an interview last month: “We’re known for delivering value for money for our customers and our great staff but now is the time to deliver a big dollop of emotion.”

READ MORE: EasyJet launches ’emotional’ campaign as it looks to be known for more than value

This emotion was created through its new campaign, which steps away from boasting about price and instead uses whimsical dream-like imagery to talk about inspiring locations. The hope is it can position itself in consumers’ minds as the gateway to dream destinations rather than just a cheap commodity.

Innovation is also key, another area where I think easyJet is leading the way. It unveiled an extension of its mobile app Look&Book, which now features a search function that connects to Instagram allowing people to screen-grab a picture of a location which EasyJet then uses to provide the best route and flight options for reaching it.

The tool, created by VCCP, is another way easyJet is looking to inspire customers. It also taps into the ‘Instagram generation’ whose choices are driven so much by social media.

Ultimately, price alone isn’t going to sustain budget airlines. Competition is only going to get more fierce and outside forces are always going to pose potential risks, so airline brands need to position themselves as more than a commodity. If they want consumers to come to them time and again, price is obviously important but they will need to do more to get people on board and that will come from driving loyalty and innovation.

Following the airline’s recent admission it would have to cancel thousands of flights, Brits are now reconsidering whether to fly with the budget airline, according to new YouGov data.