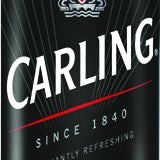 The brewer hopes the changes will boost the number of pints sold a year to 2 billion within the next three years. About 1.3 billion pints were sold in pubs and clubs last year, it says.

In terms of value and volume, the brewer claims data shows that Carling is the UK’s biggest brand in the on- and off-trade. However, an increase in choice and marketing activity from rivals has hit the brand’s share of the market.

Chris McDonough, marketing director for Molson Coors in the UK and Ireland, says the relaunch aims to make up ground lost to rivals such as Foster’s and Stella Artois.

“Our aim is to bring it back to being a confident and proud category leader,” he adds.

A new strapline, ’Refreshingly and Brilliantly British’ is being introduced that aims to celebrate British culture and people, says the company. The brewer wants to soften what many perceive to be its laddish positioning in the hope of broadening its appeal.

The relaunch also includes a new packaging format – an aluminium bottle. A new sub-brand, Carling Chrome, will launch from late August. The drink is lighter and less bitter than the master brand Carling. At 4.8% ABV, Chrome will be positioned as a premium drink with a “refined taste”.

A TV campaign, created by VCCP Blue and breaking in September, will back the revamp, and marketing activity will make greater use of digital channels.

The aim of Carling’s new positioning and the launch of Carling Chrome is to re-energise the declining beer category.

On-trade sales fell 7.6% in 2010, according to the British Beer and Pub Association, while the World Cup helped lift sales in the off-trade by 3%, according to Nielsen.

Unlike rival AB-Inbev, Molson Coors does not plan to diversify into other categories such as cider; it says it remains committed to growing the beer category through innovation.

Molson Coors chief executive Mark Hunter says: “Consumers have become disengaged by the beer category as they perceive it as dull and lacking excitement. The industry is under great strain, but if beer can meet consumers’ needs and become more relevant it will help stimulate growth again.

“Molson Coors has a strong and growing portfolio of beers and we continue to invest in order to improve brand health and generate excitement in the category.”

A late summer brand awareness campaign for Carling Chrome, also created by VCCP Blue, will be followed by TV activity in January. 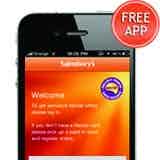 Sainsbury’s has launched a transactional mobile site that lets users reserve items from their phones and then collect in store. 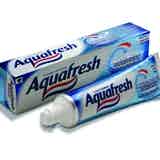 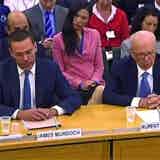 The PR and communications industries from both sides of the Atlantic have denounced News Corp’s handling of the phone hacking scandal surrounding its British newspapers.