Jeans, who takes over the role on 1 February, will be replaced by Liz Savage, who will also be managing director of flymonarch.com as well as taking responsibility for the sales, marketing and commercial functions. Savage previously held the position of Director of Business Development at easyJet and was key to driving future strategy, driving the expansion of easyJet’s network and bringing key business innovations to market. 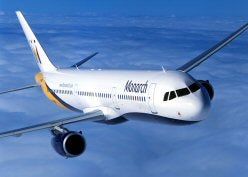 The reshuffle also sees the departure of Jonathan Crick, currently sales and marketing director for Monarch’s scheduled service division. Crick, who has been with Monarch for 15 years, previously held a number of senior management roles within the organisation, including board director since 2000. Crick leaves to pursue other interests outside of the airline industry.

The appointment of Tim Jeans as managing director of Monarch will allow CEO, Peter Brown to expand his own responsibilities and take on a wider group role to include the airline’s sister companies – Cosmos Holidays, Avro, Archers and somewhere2stay.

Beleaguered utility provider British Gas is under fire for poor customer service after being fined for keeping consumers on hold for an “unreasonable amount of time” on a premium-rate number. Online comparison service uSwitch lambasted the Centrica-owned utility for what it describes as a “kick in the guts” for Click Energy consumers enquiring about an […]

Struggling roadside restaurant chain Little Chef was rescued last week just a day after calling in the administrators, but its latest white knight, turnaround specialist RCapital, will surely be its last. After years of turmoil, this looks like the final throw of the dice for one of Britain’s most iconic brands. RCapital is thought to […]