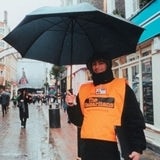 Marketing and communications are skills that charities sadly lack but very much need to boost donations and consumer awareness. This presents a golden opportunity for CSR-minded agencies

More and more charities and not-for-profit organisations are looking to harness traditional marketing skills in order to build awareness and help raise funds. Recent appointments and initiatives are illustrations of this fact. For instance, Great Ormond Street Hospital Children’s Charity is seeking its first dedicated marketing director (MW April 20) and the British Union for the Abolition of Vivisection has launched a repositioning and awareness drive (MW May 4). Meanwhile, the Alzheimer’s Society has hired a marketer with an advertising agency background as it too looks to the marketing discipline to further its cause.

Recent research by The Smart Company offers a snapshot of the not-for-profit sector and the perceptions surrounding marketing and its role for charities or community groups. It is a discipline that charities and community groups are increasingly looking to tap into, whether using employees or volunteers from outside organisations. The research reveals that marketing and communications is one area where community groups feel they lack knowledge and where outside companies could provide most support for them. When asked what type of professional support they would find most useful to receive, marketing and communications was the second-most common answer after accounting.

According to one panel member: “We lack the expertise and resources to invest in marketing and PR, but these are the areas that are needed for our organisation to grow.” Another, from an education and employment organisation in Greenwich, says: “It’s difficult to market and communicate what we do, so we would really value some support in this area.”

The research, commissioned by The Heart of the City, and funded by The City of London Corporation, was conducted among a standing panel of over 500 community leaders from across ten central London Boroughs, and is statistically representative by borough and by sector.

Companies have been providing support to voluntary organisations through methods such as volunteering and mentoring for some time. Traditionally, “unskilled volunteering”, for example a team of accountants taking time out from work to paint a community centre, has been most common. Increasingly, however, both companies and community organisations are finding that targeted volunteering that makes use of volunteers’ business skills can add more value.

From the community organisation’s perspective, this offers support in an area where it’s most needed, and which it is otherwise unlikely to have the resources for. Companies find that garnering people’s business skills through mentoring and volunteering can be a valuable way of supporting the personal and professional development of their employees. Although a similar number of community organisations surveyed receive unskilled volunteering support (26%) and professional expertise support (23%), professional expertise was cited as useful twice as many times as unskilled volunteering.

The value of such support is that it not only meets an immediate need within the community organisation, but also contributes to building the capacity of the organisation in the longer term. As community organisations gain increasing exposure to business expertise, they are becoming more sophisticated about accommodating skilled volunteering into their strategic plans, and developing interesting and innovative projects for their business volunteers. For instance, one City bank wanted to help with volunteering, but its staff did not have time to leave the office, so a “phone-pal” scheme was created for them to have regular telephone contact with elderly people in the community.

But the study also reveals that despite 2005 being “The Year of the Volunteer”, levels of corporate volunteering have remained static, a blow to the not-for-profit sector. Over half (51%) of the community organisations questioned reported no increase in volunteering over the past year, with 40% saying they find it difficult to find corporate volunteers for important projects in their organisations.

Among those groups that were fortunate enough to secure corporate volunteers, their feedback overwhelmingly proved the worth of this form of corporate social responsibility (CSR). Over two-thirds of respondents (83%) claim volunteers had contributed knowledge and skills to their organisation and 73% agreed the support had allowed them to undertake projects they would otherwise have been unable to do. And significantly, 65%&nbsp;of organisations say that professional support had become more important for them over the past five years.

With consumers increasingly suffering from “donor fatigue”, charities are struggling to raise funds and engender loyalty, and it is becoming even more necessary for charities to harness marketing skills and use them to build both awareness and contributions. For companies outside the sector, donations of skills such as marketing is one way they can add to their CSR initiatives.