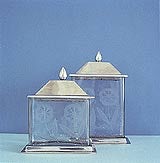 The retailer, which currently relies on in-store promotions as its main marketing tool, is in the process of seeing presentations from a number of undisclosed agencies. The agencies are understood to have been briefed by the retailer to look at ways of revamping Monsoon’s image, with a view to moving away from its “ethnic-hippie” look and competing head-on with other high street stores such as Gap.

The brief for the creative account is understood to be for the Monsoon brand and it is not clear whether the retailer’s Accessorize chain will also be up for grabs at a later stage.

Early this year, Monsoon announced its intention to appoint its first marketing director in an effort to rejuvenate the brand (MW February 3). The new marketing director, who has yet to be appointed, will report to the chairman Peter Simon, and be responsible for developing the aboveand below-the-line ads for the brand.

The retailer refused to comment on either the hunt for advertising agencies or the new marketing director for the company.

Last year Monsoon launched a Home Collection range of bed and table linen and china (MW April 15), and in November, it announced a joint venture agreement with US company Charming Shoppes to develop the Monsoon and Accessorize brands in the US. Charming Shoppes operates 1,750 stores in 48 states.

Monsoon has 128 wholly-owned stores in the UK and Jersey, plus 116 Accessorize outlets.