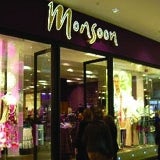 The fashion retailer, which has built its business around being an ethical retailer, claims reports of the use of child labour among suppliers are “inaccurate and misleading”.

Stories stem from internal audits Monsoon carried out in 2008, it says, adding that any issues discovered have been dealt with.

In response, Monsoon has launched a selection of supplier and consumer communications including a statement on its consumer website and on its Facebook page.

The retail chain says it is also briefing store staff and call centre operators to “reconfirm what customers already know about our ethical stance”.

A spokesman for Monsoon adds: “It’s important to act quickly. Our brand is very strong and our ethical values are intact.

“The worry is that this will discourage other retailers from taking a similar ethical stance and undertaking their own audits.”

Monsoon is the latest retailer to be hit by claims of unethical processes within its supply chain.

New Look faced damaging allegations earlier in November when cases of poor pay and unsafe working conditions in some of its UK factories emerged.

Its corporate reputation suffered dropping from 5 to -3.9 in the following week according to data from the YouGov BrandIndex.

New Look has since appointed an independent auditor to look into its supply chain and launched an internal investigation.

The Ethical Trading Initiative, of which Monsoon is a member, says that “a key measure of a company’s commitment to ethical trading is not whether violations occur, but that it acts swiftly and effectively to resolve them where they are found”.