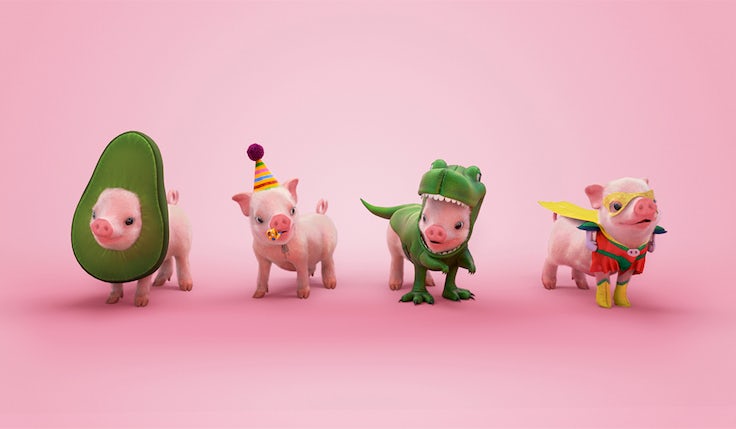 Moonpig has reduced marketing spend to focus its investments on the “payback” the brand can get from each customer acquired, rather than setting itself a fixed budget.

On a call with investors today (7 December), Moonpig CEO Nickyl Raithatha said the level of marketing spend is not a predetermined budget and instead represents “an output of how much [it] can spend at certain efficiency levels”.

Raithatha explained the company ensures “that for every marketing dollar [it] spend[s], [it gets] basically a payback on each customer within six to eight months.”

“When we went through periods during the pandemic where it was a lot easier to acquire customers, we increased our marketing budget to basically acquire as many customers as we could at that payback,” he added.

“This year what we’ve seen is a more challenging customer environment, so we’ve reduced our marketing budgets, again to maintain that payback.”

The focus for Moonpig is on “quality” customers, as it targets sustainable growth rather than short-term gains. Acquiring these quality customers, who share the same characteristics and behaviours as its existing customer base, is crucial in driving “long-term sustainability and predictability of growth,” Raithatha claimed.

While “all the evidence” points to the business continuing to see growing market share post-pandemic, this is not a strategic priority, he added.

“In order for us to grow market share, we would have to break those payback levels and that’s not something we want to do,” said Raithatha.

The marketing team doesn’t have a budget.

The group is instead “shifting internal resources towards [its] existing customers”, who the business claims are “extremely loyal”. For the six months ending 31 October 2022, 90% of revenue across the Moonpig and Greetz brands came from existing customers.

The business is, for now, reducing marketing spend given the challenging macroeconomic environment. Around half of Moonpig’s marketing investment goes into above-the-line campaigns, while the other half goes on channels like Google. Raithatha noted this below-the-line portion of spend can very easily be tweaked at short notice when the economic situation changes.

“The marketing team doesn’t have a budget,” he claimed, reiterating the business’s focus on spend efficiency, rather than setting itself a budget ahead of time.

Given the tough macroeconomic environment, Moonpig insists it is prioritising investment behind its most profitable activities.

“We’ve also made some prioritisation decisions in terms of where we want to focus resources,” said CFO Andy MacKinnon. “So, a greater emphasis upon placing resources behind cards and thinking about prioritising marketing resources towards peak periods.”

Given the cards side of the business drives the highest level of profitability, Moonpig has diverted marketing spend to that division which would normally be deployed to raise awareness of the gifting proposition. Moonpig sees itself as a “cards first” business, with a strategy of encouraging customers to attach gifts after they have decided to purchase their card.

While the business wants to encourage customers at all price points to attach a gift, the team see a balance to be struck between offering budget gifts and not encouraging the customer to trade down.

“If we do push lower-price gifts too high, then we are losing some revenues because we are encouraging customers to trade down more than they otherwise would have,” said Raithatha.

In order to strike this balance the company plans to become “more intelligent with the way [it] showcase[s] and recommend[s] gifts throughout the journey”, to ensure it can optimise the gifts customers choose to generate the most revenue.

Earlier this year the company acquired experience businesses Red Letter Days and Buyagift, which added a new element to its gifting proposition. Performance marketing has so far been the focus for this segment, but Moonpig plans to invest behind the two brands “in due course” in order to differentiate them.

Despite praising its marketing efforts, the business’ revenue sunk 8.5% from £155.9m to £142.6m, as the reopening of non-essential retail in April brought with it further competition for Moonpig’s online service.