We involved the staff in the project at every stage. They’ve been key in making things like the loyalty scheme a success. We initially thought it might be quite a hard sell because you have to pay £3 to join it, but because all the staff were already members, they loved it and promoted it. Now it’s got over a million members and counting – that’s just in the first year.

It’s about being very joined up and single-minded in your message. People will see it and believe it. You can’t just tell people – you have to demonstrate it and that’s when it becomes meaningful. 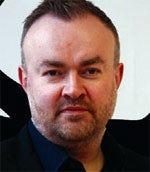 Viewpoint: Rebranding to differentiate a brand

We worked on the Home Delivery Network changing its name to Yodel last month. Yodel operates in a market where there is a lot of spare capacity, so people start undercutting each other. Combine that with the recession, and people are scrabbling for business.

Delivery businesses like FedEx, UPS and DHL Domestic UK are about overnight couriers to business customers – these brands are built on delivery. As a result, the names in the sector have tended to tell you what the companies do. Parcelforce sends parcels; City Link delivers in cities.

Home Delivery Network had already changed its business before its name – buying DHL Domestic UK to become a full-service delivery business earlier this year. The purchase allowed the company to explain to its business customers that it offers a full range of services. It can say: “We carry out delivery when you need it, but we can also start tailoring the services that we offer to specific sectors or customers.”

There is a need for change in this market. If you look at what’s happening in US, when you buy something on Amazon you can choose who delivers it, so the power shifts towards the consumer. Dinosaur businesses are going to seem less relevant. You have to make it more convenient for people to take delivery and make sure they get what they want, when they want it, first time.

So developing Yodel was about creating a brand that was built on this concept. We already had the proposition: having the breadth of offer, but a depth of service that was superior to anything in the market. We needed to find a brand that was going to back that up.

There have been lots of cases of flippant brand names being created. We are really cautious of the types of name that we recommend to businesses because we know it can get really lambasted in the press – then, you’re dead in the water before you even start.

We came up with this idea for a brand line: it’s your delivery, it’s your call. It’s a service message, so we put the “y” and the “o” of your and the “del” of delivery and you get Yodel. Everything comes out of this promise, which is all about delivering. It’s going to be about a personal service and the name is born from that.

The company has got a big job to stitch together the two networks – DHL Domestic UK and HDN – but once that is done, the new proposition will be able to look really different. The Yodel brand still aims to be grown-up and professional, but it’s intended to be a bit more contemporary.

The new identity moves away from HDN simply being another delivery brand. We think Yodel brings something different to the market, which is built on finding what consumers want and delivering that to them.

Yodel aims for same status as “to google”

Viewpoint: Rebranding from a functional to a lifestyle brand

A really good example of a rebrand is telecoms company O2 in 2002. It was originally BT Cellnet, which was a mobile network that existed in four other territories and I think most people were quite indifferent to it. O2 was a coming-together of those five companies and a corporate rebrand, and it worked very well.

O2 understood that when it came into the marketplace, it didn’t have to teach people how to use a mobile phone or educate people about the benefits of using one. It realised that its only point of difference was that it realised people want to take what they themselves require from a brand.

Rather than saying: “This is how you use a phone, this is what you do”, the new O2 brand says: “You know what you’re doing – here are all our products. Just come and take what you need.” That breath of fresh air gave it a lifestyle statement, which was actually quite cool in its market.

The company took an identity that was working on a logical level and gave it a really emotive brand. Even though you might think the product service package

is pretty identical to Vodafone, Orange or T-Mobile in terms of handsets or add-ons, the O2 brand washes away all of the complexities of the marketplace and presents a really simple and clear identity.

O2 is a name that works really well too because it’s non-language-specific. It works in any language across the planet. You’ve also got this really refreshing, uncluttered visual identity around oxygen and water. And you’ve got a very powerful strapline: “See what you can do”.

The brand went from nowhere to first place where it remained until Orange and T-Mobile’s merger completed in the UK. Recent rebranding work, such as its work on the Millennium Dome, has been successful at bringing an entertainment equity into the brand.

O2 even had the Apple iPhone first, which is a market-leading point and probably would have been the territory of brands such as Orange and Vodafone before the rebrand.

Richard Madden is spot on to highlight the fact that in order to cross-sell, businesses must start taking note of what their individual customers want and how they behave (“Cross-serving is the secret behind successful cross-selling,” MW 10 June). But so many companies are fundamentally hindered and unable to do so because of the way in which they collect and analyse their online customer data. Too many companies anonymise and generalise their customer data into demographics and homogenous groups. But demographics don’t buy, individuals do!

Metro has partnered up with Blossom Hill for a two-week campaign, promoting the brand as the official wine of the 2010 Wimbledon Championship.