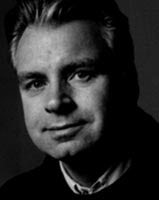 J Walter Thompson (JWT) London has made 19 people redundant and Leagas Delaney Group is laying off up to ten staff in the second major round of redundancies to hit ad agencies in less than a month.

JWT, headed by Simon Bolton, announced its redundancies on Thursday last week. The cuts have been implemented across all aspects of the agency’s business and will include one board account director.

The redundancies at Leagas Delaney will be made at the company’s London office, which employs 120 people. Joint managing director Justin Bairamian says: “We’re looking ahead and if you are running a business you have to be prudent.”

The staff cuts follow a spate of redundancies earlier this month (MW October 4). Abbott Mead Vickers.BBDO, an agency renowned for not having made redundancies during the recession of the early Nineties, laid off 18 people, mainly from services and support functions.

M&C Saatchi has made up to 15 people redundant over the past few weeks and HHCL &amp; Partners made 12 middle and junior management staff redundant at the beginning of the month.