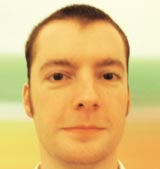 Ofcom’s December-released consultation paper entitled “Radio – preparing for the future” tells us that radio is everywhere. According to the latest Rajar (Radio Joint Audience Research) release, a snip under 90 per cent of everyone in the UK aged four and above listens to at least five minutes of radio in an average week. And more of them listen to commercial radio than to the BBC.

Now I don’t know where the other ten per cent are, but there’s clearly room for improvement. Perhaps they’ll be tuning into one of several new stations launching this year and next.

Ofcom is pledging to grant 35 entirely new FM radio licences across the UK during 2005 and 2006. Last week it awarded Ulster TV the FM licence for a new radio station in Belfast, a music and speech station.

When all the talk about radio seems to focus on digital, it’s good to know that Ofcom is still paying attention to FM. The latest one up for grabs – a whopping licence covering 1.3 million Mancunians – received 19 bids and is purportedly worth £20m a year in ad revenue.

The new licences are being offered in areas lacking station choice and, as such, they cannot fail to build on commercial listening if they offer something truly new. But advertisers are not about to boost their radio spend by £20m because there is, say, a new Manchester rock station. And they won’t divert £20m of their radio budgets into a new station if it doesn’t deliver £20m-worth of listeners.

Historically, a new station’s ability to draw a sizeable audience depends on it having a hefty marketing budget and, increasingly, a reliance on existing brand perception. But the more that local brands (such as Galaxy, Kerrang! and XFM) are rolled out nationally the further radio moves from its traditional strengths of being local and intimate to listeners.

This in itself may not be a problem, but commercial radio’s declining share of listeners in the face of the BBC certainly is.

Stations classified as mainstream account for 74 per cent of all radio licences and about the same proportion of revenue. The general feeling is that commercial radio is becoming a bland medium where everyone plays Dido or talks about the weather. Even Jazz FM in London is changing its name in the hope that Londoners will consider it more mainstream. Perhaps that’s where the problem of slipping share lies.

We shouldn’t worry about who wins the Kidderminster licence and gets to play Dido; the real battle is commercial radio versus the BBC. That’s a victory that would make the UK public sit up and listen – and encourage advertisers to spend more money on radio.v