One of the TV ads showed a fictional dad wowed by his daughters’ bicycle skills and a mum commenting “We saved 35% shopping at Aldi this week” as the text “Big 4 Supermarkets £53.35” and “ALDI £33.04” pops up.

Another goes even further by claiming a big weekly shop at one of the big four would cost £98 compared to just £70 at Aldi.

The ASA received complaints from both Morrisons and two members of the public, who did not believe the ads made sufficiently clear that they included comparisons between Aldi’s own-brand products and branded products sold at Morrisons.

For example, Aldi compared the price of its budget own-label Dell-Rivo orange juice to Tropicana, a premium brand, sold at the big four supermarkets.

In its defence, Aldi argued that consumers who saw the ads “would assume that the savings shown were representative of nothing other than the specific comparison shown.”

It also argued that it had valid grounds comparing its own-label products to branded items sold at the likes of Tesco and Morrisons as they were in fact comparable in terms of quality. For example, Aldi said its spreadable butter was of an “equivalent specification” to the leading own-label equivalent at Morrisons as it had a higher percentage of butter content.

It said the possibility that cheaper competitor own-brand products were available was irrelevant to the ads in question, because it arose from unproven assumptions that:

According to Aldi, UK consumers had a “strong understanding” of how the UK grocery market works. It also gave details of how it compiled its “honest” price-comparison process, claiming it took into account factors such as multi-buy offers and different weights.

However, the complaints on all three ads have been upheld by the ASA and must not appear again.

The ASA says: “We acknowledged that Aldi stated they had not intended the comparisons to represent a ‘typical’ weekly shop but to be a comparison between the pictured products only. Nonetheless we considered that was how consumers would interpret the ads rather than as a representation of the savings which could be made by switching from a largely branded shop to shopping in Aldi, and therefore assessed them on that basis.

“Because the ads implied that by swapping from their usual big supermarket to shopping at Aldi, consumers could make savings of the levels highlighted in the ads (rather than presenting the comparison as a representation of the savings which could be made by switching from a largely branded shop to shopping in Aldi), and we had not seen evidence to demonstrate that was the case we concluded that the ads were misleading.”

A Morrisons spokesperson called its rival’s advertising “very misleading”. “We believe this advertising was very misleading and we are pleased to see that the ASA agrees. Customers will understand that it is unfair to compare the price of own-brand products to brands such as Tropicana and then claim that they are cheaper.”

Marketing Week understands Morrisons will also complain to the ASA about a new Aldi ad titled ‘Swap and see how much you can save’ that aired last week (on June 24) featuring a new price comparison with Tropicana to tie into Euro 2016. “It’s clear they haven’t changed their ways,” adds the Morrisons spokesman.

The big four supermarket says it is annoyed a rival is continuing to repeat what it describes as “misleading messages” and says it now “feels a duty” to clamp down on the activity.

However, Matthew Barnes, CEO at Aldi UK & Ireland, says the discounter has no plans to change the price comparison tactics it uses in its marketing. It will now “work within the new guidance it has received from the ASA”.

He explains: “We are extremely disappointed with the ASA’s decision which is ambiguous and inconsistent. The use of comparative advertising is a well-established principle and is firmly in the interests of consumers and encourages competition between retailers.

“We will work within this new guidance from the ASA and continue to promote the significant price gap between Aldi’s quality, award winning products and their higher priced brand equivalents.”

This isn’t the first time Aldi and Morrisons have clashed over TV advertising.

Last August, the ASA upheld one of five complaints raised over two adverts for Morrisons’ Match and More price match loyalty scheme. Aldi, which was among those to make a complaint, claimed victory for the verdict while Morrisons said fact only one out of five complaints were upheld proved its ‘integrity’. 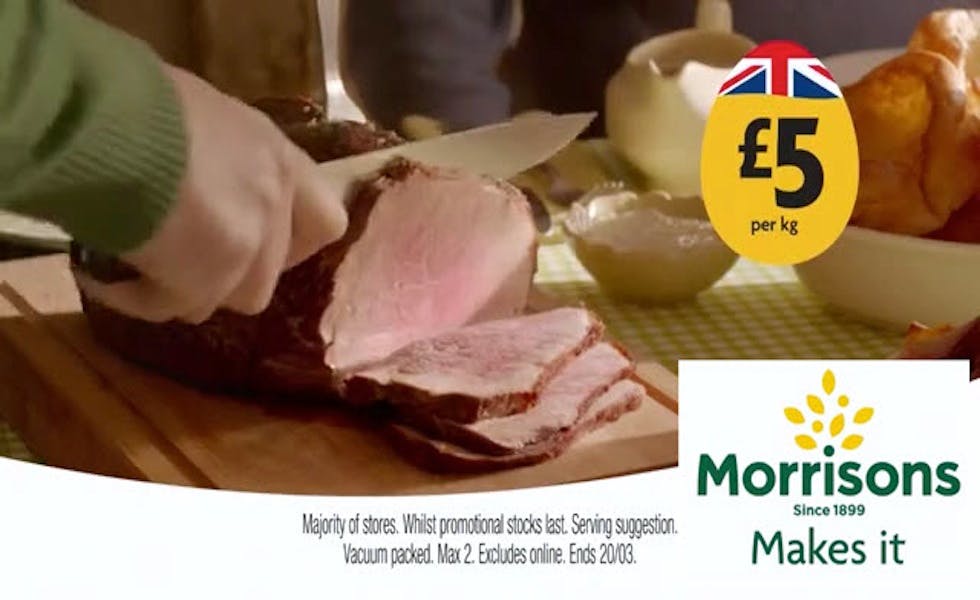 Having chalked up a second straight quarter of sales growth, Morrisons’ chief executive David Potts claims its new ‘Morrisons Makes It’ ad campaign is not only driving brand loyalty but also helping it sell more products.