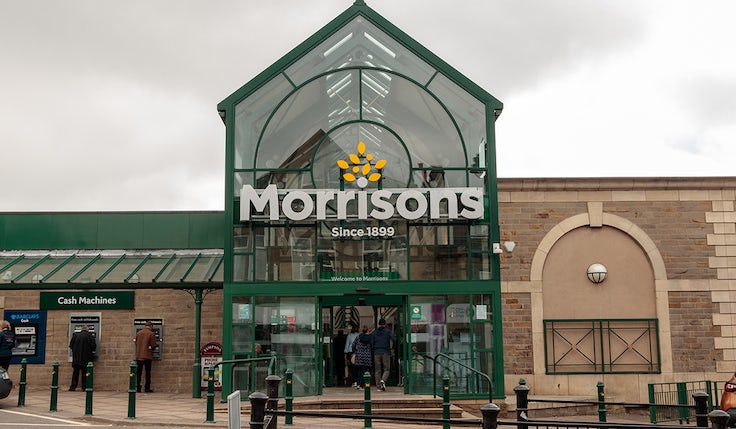 Morrisons plans to team up with like-minded small businesses as it looks to wave a flag for national produce and introduce more original brands.

“We are Britain’s biggest single food maker. I think that post-Brexit and possibly during a period of reflection at home for many people, particularly facing into a recession, the idea of entrepreneurialism possibly comes to mind more,” said CEO David Potts, speaking on a press briefing this morning (5 January).

The challenges of a new lockdown have rather overshadowed those presented by Brexit, but with Morrisons already known for its championing of British produce, Potts and his team have been looking to focus even more on a local supply base.

He is also calling for major suppliers to produce and package more food in Britain and less in mainland Europe.

“It does sometimes surprise me when I’m walking around one of our stores with our buyers and I ask, ‘where does that come from, that biscuit or that can of beans?’, and I’m told Honolulu when I think they’re going to say Pontefract or somewhere.”

We listen very hard to customers and colleagues and respond very quickly whenever possible.

Morrisons posted an 8.1% uptick in sales over Q3 and H2 combined, including the crucial Christmas period.

Potts was keen to shine a spotlight on the supermarket’s increased growth as an online service, one that has seen partnerships with Amazon and Deliveroo, to add to an existing relationship with Ocado, and the establishment of its own doorstep service.

“We’re growing as a multi-channel business,” he said. “Welcome to the new Morrisons.”

The delivery partnerships are just one aspect of the retailer’s efforts to react and renew as consumer behaviour, prompted by the restrictions of life under coronavirus and the realities of a post-Brexit Britain.

Potts tells Marketing Week he’s “very pleased” with the progress the company is making with both Amazon and Deliveroo, with the former offering a ‘Morrisons on Amazon’ same-day delivery service. “All of those channels are in growth, and as those companies grow Morrisons grows.”

However, he’s clearly most proud of the work the brand has done with its own doorstep service, introduced last year with a focus on delivering goods to the elderly and vulnerable. “It’s a great example of us listening, responding and moving fast,” he said.

“In two weeks we set up a system, hired 5,000 vans, took orders in the old-fashioned way and started delivering food for those who needed it. By next week, we’ll have delivered 600,000 orders. It’s old school for sure, but it works and in some communities it literally saved Christmas.”

Potts sees the concept as an integral part of the service Morrisons is aiming to provide at a more local level and talks of seeing branded community vans serving those most affected by the pandemic. It now has the opportunity to develop the service and use it more widely once things begin to improve and restrictions lift.

“Doorstep is one of our priorities around popular and useful services,” he explained.

Morrisons’ sales success over the festive period was partly down to the supermarket getting the message across to consumers to start their shopping early, although it also enjoyed a 9.3% increase during the three-week period covering Christmas and New Year. Potts highlighted this as an example of the brand’s willingness to listen to consumers and act accordingly.

“We listen very hard to customers and colleagues and respond very quickly whenever possible,” he said. “It created a longer, more even and rounded Christmas period, rather than the sharp peak we’ve seen just before Christmas in recent years. I think it’s one thing looking back in the industry, but the only like-for-like that really counts of course is tomorrow.”

One of the headline stats from the Christmas and New Year performance was the 69.4% increase in Champagne sales and 40% in whole salmon.

Potts is confident a sense of finding little treats and inspiration in the everyday will now feed into a new optimism, despite the recent announcement of tighter restrictions. “The country is looking forward to a taste of freedom,” he said. 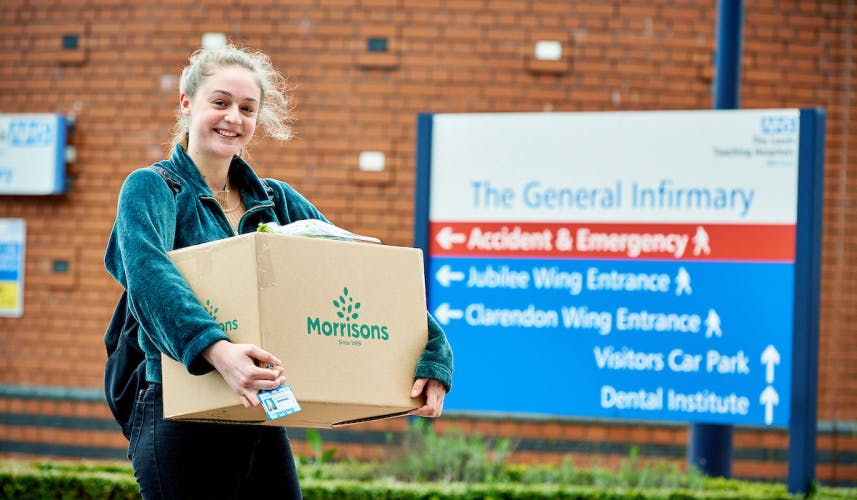 Partnerships with Amazon and Deliveroo put Morrisons in a “very good place” as consumers switch to grocery home delivery and are forced to buy more fresh food through supermarkets. 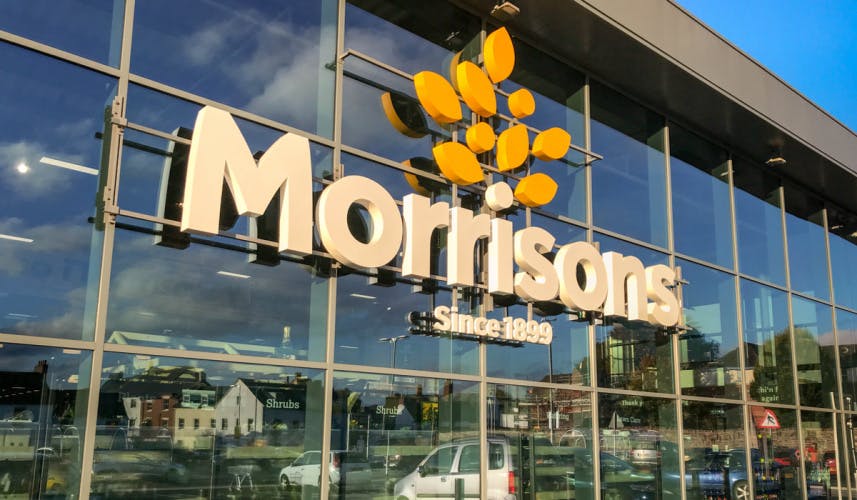