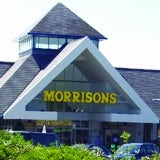 The supermarket has posted a 1% increase in like for like sales for the 6 weeks to 2 January. Total sales, which include the impact of new stores, rose 3.1%.

Many analysts had forecast that Morrisons would be hit harder than its rivals by December’s adverse conditions because of its northern store bias. Last week, retailers including HMV blamed snow for falling festive sales.

Referring to the weather, the supermarket’s chief executive Dalton Phillips praised staff for “going above and beyond the call of duty again this year, to ensure we served our customers well during this critical time.”

Despite a better than expected Christmas, Phillips warned that the “challenging” economic environment – the VAT increase and public spending cuts in particular – could impact progress but adds that its “fresh, quality and value credentials will continue to serve our growing base of customers well.”

Morrisons has made several moves recently to bolster its position after December research from Kantar WorldPanel found that its market share had dropped in the previous quarter – its first reverse since 2007.

Last week, it unveiled a raft of new senior roles, including strategy and brand director positions. It has also recently launched what it describes as its “biggest ever” price-cut campaign to woo shoppers concerned about VAT and job security.

Morrisons is the first of the big four supermarkets to provide a Christmas trading update this week. Sainsbury’s and Tesco will report Wednesday and Thursday (10 11 January).