A new TV campaign focuses on the price cuts Morrisons has made on fresh produce, with the supermarket brand claiming it has cut the price of fruit and vegetables by up to 20%.

Examples include the cost of 2.5kg of white potatoes being cut from £1.75 to £1.43, and 1kg of carrots being reduced from 60p to 47p. The ‘Price Crunch’ campaign will also run throughout social and print media.

Asda was the first big four supermarket to introduce price cuts in 2016 having pledged an additional £500m of cuts last month.

And Morrisons, much like Asda, sees price cuts on everyday items as one of the key ways to win back customers lost to the cheaper discounters Aldi and Lidl. Over the last two years, Morrisons says it has cut prices across its range by up to 7%.

The latest ‘Price Crunch’ slogan follows inconsistent price messaging from Morrisons, with it moving from slogans such as ‘I’m Cheaper’ and ‘Everyday low prices’ in quick succession over recent years.

However it will be hoping ‘Price Crunch’ – the first major work since appointing Publicis London as its new ad agency and Andy Atkinson as its permanent head of marketing – can stick and help it to continue recent momentum.

Morrisons saw like-for-like sales rise 0.2% for the nine weeks ending 3 January as it beat analyst expectations of a fall as steep as 2.8%.

Its chief executive David Potts believes the supermarket is turning the corner in building a unique selling point among UK consumers.

He told Marketing Week last month: “We are still the small guy in the squeezed middle and we are the British underdog. But it is a special moment for Morrisons as customers are saying ‘we know you are different from the rest because we see you making your own food!’

“When we think about the brand and how the identity of the company can grow in confidence it is around being a food maker as well as a shop keeper.” 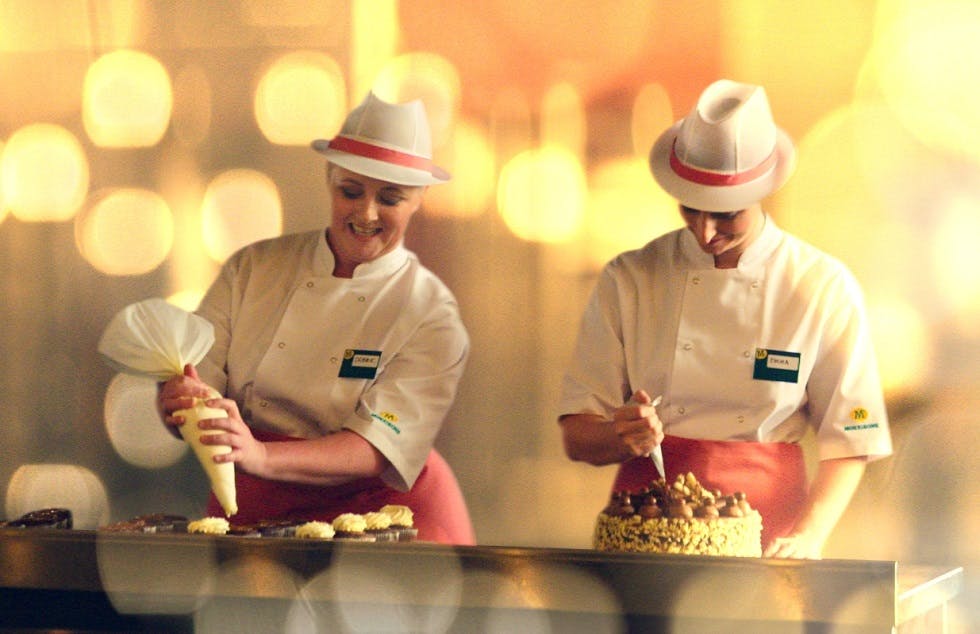 As Publicis London takes the reigns as Morrisons’ creative ad agency, it must ensure it taps into chief executive David Potts’s vision of a supermarket that is seen as both a “shop keeper and a food maker”.