Morrisons has posted strong Christmas sales results, which it attributes to its “value for money” marketing messaging and a broader food offering.

Morrisons says there are a few factors that influenced this strong performance, including a wider offering and better online availability.

Sales of its ‘Best’ premium range were up 25%, due to this year’s “much broader” offering. ‘Food to Order’ sales, meanwhile, were up over 50%, with the service available in-store and online.

Morrisons’ online sales increased by more than 10%, predominantly due to the fact more customers were able to order online through new store pick areas, especially in the north east of England. There are plans to further expand the service into new areas this year.

Grocers have faced increased cost pressures due to the weak pound and falling consumer confidence, leading some retailers to raise their prices. But Morrisons claims it managed to stay competitive by keeping its prices low. The price of a basket of key Christmas items was the same as last year.

The digital communication, the traditional ads on TV, and the way we followed through to print, and then how it translated to the in-store and online experience was pretty good actually.

Its marketing also had an important role to play in driving customers in store, with its “strong value for money” messaging making the grocer a more attractive option.

“The research we’ve had back this week, so it’s bang up to date, has singled out our own colleagues as being very friendly despite being very busy and ventured [consumers] into the spirit of Christmas. We see that as an important trigger from the ads that we ran [with] ‘Morrisons makes it’,” says CEO David Potts, speaking to Marketing Week on a press call this morning (9 January).

“The digital communication, the traditional ads on TV, and the way we followed through to print, and then how it translated to the in-store and online experience was pretty good actually. We are a food retailer, we presented those credentials in a way that customers responded to, and you can see that in these numbers. We overlayed that with some strong value for money [messaging] and therefore that combination made us very competitive.”

Potts also feels positive about the year ahead, despite consumers “being more aware” of inflation.

“Whatever the weather, it falls to Morrisons to serve customers better,” he adds.

Morrisons’ strong results come as the grocery market overall had a strong festive season. According to figures from Kantar Worldpanel, Brits spent £1bn more in 2017 than over the three months including Christmas in 2016. The average household shrugged off economic worries to spend a record £1,054 on groceries during the period.

Despite tightening household budgets, shoppers continued to trade up to more expensive options. A record £469m was spent on premium own-label lines in December.

“Shoppers are splashing out despite fewer promotions to tempt them. Only 36% of spending was on items on offer this year – the lowest level of promotional activity at Christmas since 2009. Consumers are still facing more expensive groceries: like-for-like prices rose by 3.7% in the 12 weeks to 31 December, a slight increase on the 3.6% rise reported last month,” says Fraser McKevitt, head of retail and consumer insight at Kantar Worldpanel.

Research by Nielsen suggests that out of the ‘Big Four’ supermarkets, Tesco had the most improved performance over the final 12 weeks of the year, with sales up 3.4% year on year, followed by Asda at 2.1%. 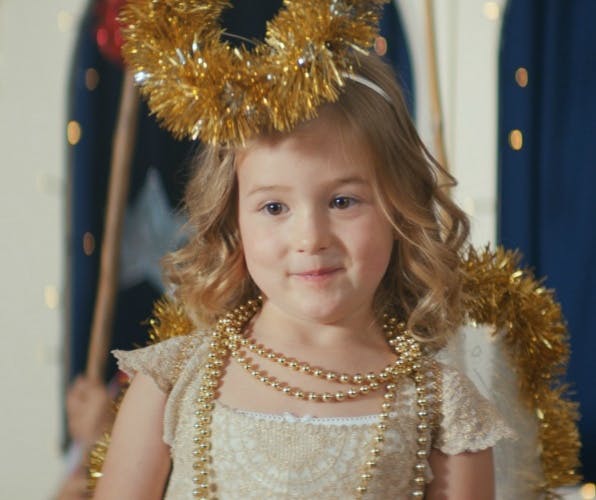 Morrisons is continuing its marketing strategy of focusing on its colleagues and the products it makes fresh in-store in its Christmas push.

Next is the first retailer to publish its Christmas results, performing better than expected, but analysts warn the result is still “far from perfect”.