Being aligned with a ‘progressive’ brand such as Amazon has had a positive impact on consumer perception of Morrisons, according to CEO David Potts.

For the nine weeks to 1 January, Morrisons posted a 2.9% rise in like-for-like sales, its best performance over the festive period in seven years. It also marked the fifth consecutive quarter of growth from a supermarket many had written off just two years ago, with it now anticipating underlying profits of between £330m and £340m for 2017, beating analysts’ consensus of £326m.

Of the headline 2.9% rise, online represented 0.6% of the sales increase. And although online is a much smaller part of Morrisons’ business than rivals such as Tesco, Potts is positive about its growth potential.

During a press call this morning (10 January), he told Marketing Week: “What impressed me with our wholesale partnership with Amazon was that thousands of customers made orders at 4.32pm on Christmas Eve and then received Morrisons groceries two hours later.

“Moving forward, we now see profitable growth from online and our partnership with Ocado, whereas before we maybe had a much more capital light approach to our investment in it as a channel. As a wholesaler to Amazon, which is a progressive brand, so long as they keep growing in Britain, so will Morrisons.”

Potts would not touch on whether Morrisons had enticed customers from the discounters over Christmas but did say it was “important we learn from our rivals and copy good things they do but the key is not to obsess over what’s going on [over at Aldi and Lidl]”.

Morrisons’ 2016 Christmas ads focused primarily on product quality as opposed to price and Potts said British provenance was now an “important” battleground in standing out ahead of rivals. In terms of the impact of the ad itself, he quipped: “My slight challenge with marketing is I’m not sure which half you waste your money on. I guess the 2.9% figure speaks for itself.”

Inflation and a big four resurgence

The latest figures from Kantar Worldpanel show that total grocery sales were up 1.8% for the 12 weeks ending 1 January as consumers spent £480m more than the year before. Kantar Worldpanel also warns over a return to inflation in 2017, with like-for-like grocery prices up 0.2 percentage points over Christmas – marking a notable change following 28 months of deflation.

For the period, the big four supermarkets accounted for 71.4% of market share, with a combined sales increase of 0.1%. This is the first time that all four have collectively grown since June 2014, suggesting many consumers are returning from the discounters. 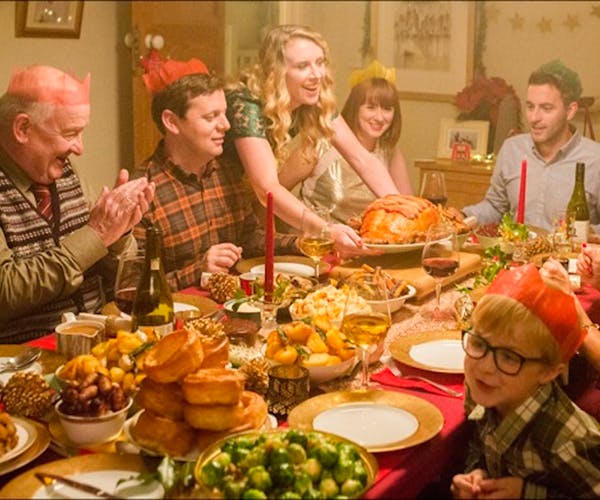 Analysts claim Aldi and Lidl both struggled to entice consumers over the festive period.