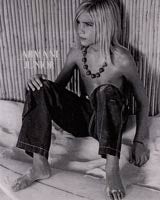 Mother is believed to be the frontrunner to scoop the &£10m pan-European advertising business for Armani Jeans, following a protracted pitch process.

It is understood that Mother is the only agency left involved in the pitch, which began last year. The fashion house approached Mother and WCRS to pitch for the business. Robin Derrick, the Vogue creative director and an Armani consultant, was also believed to have been involved.

Armani asked agencies to come up with a “big idea” that could play on television and in cinemas ahead of the jeans brand’s 25th anniversary. Previously, advertising has been handled by Armani’s in-house creative team.

Neither Mother nor Armani were available for comment as Marketing Week went to press.

The denim brand sells across Europe although the UK, France and Italy form its key markets and where anniversary marketing activity is believed to be concentrated.

It is not known how involved the in-house creative team will be. In 2004 the team was censured by the Advertising Standards Authority following work for Armani’s Junior range.

The press execution pictured a topless child wearing baggy jeans and a necklace, triggering 74 complaints from the public. The ASA agreed that the picture made the child’s gender ambiguous and drew attention to the model’s sexuality.