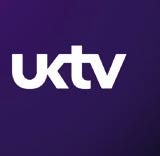 UKTV is moving its &£6m advertising out of creative agencies Mother and Karmarama and putting it in house.

The digital broadcaster, a joint venture between Flextech Television and BBC Worldwide, is believed to have made the decision following the merger of Flextech owner Telewest and rival cable company NTL. The new company, NTL Incorporated, was completed earlier this month.

UKTV has ten branded channels, including UKTV Gold, UKTV Food and UKTV Style, which are predominantly broadcast across digital satellite and cable. Mother holds the business for UKTV Gold, G2 and the UKTV corporate account. Karmarama works on much of the other suite of channels in the UKTV portfolio.

Mother landed a place on UKTV’s roster in summer 2002, in part because of its “monkey” campaign for the now-defunct ITV Digital. At the time BMP DDB, now DDB, was still the incumbent on most individual channels.

Later that year, Mother and Karmarama created the first branding campaign for UKTV in its five-year history, bringing the company’s channels under the banner “UKTV brings you home”.

Last January, it reappointed PHD to its planning and buying account following a pitch run by the Haystack Group (MW January 6, 2005). PHD has held the account for more than seven years.