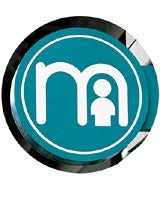 King’s departure comes less than two months after he was handed the role of international development director at WH Smith with responsibility for the retailer’s property portfolio.

A WH Smith spokeswoman says the international position is “under review”, but would not comment on the possibility of it being scrapped.

Muriel Stirling, marketing and trading director for WH Smith’s travel division, will take over the role of UK marketing director next month.

In December, the retailer appointed Paul Hutton, former associate director of brand identity at Somerfield, as interim marketing director. Hutton, a consultant, is expected to work alongside King.

King will oversee marketing for Mothercare’s UK and international divisions as well as Mothercare Direct, the company’s Internet and catalogue arm.

A spokeswoman for the retailer says King’s first priority will be to streamline in-store communications at Mothercare’s various outlets and international franchises.

The company is not looking for a replacement for Jim Fraser, head of business development at Mothercare Direct, who left in April to take up the top marketing post at discount fashion retailer New Look.