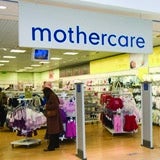 Mothercare plans to launch a new online platform next year to complement its Early Learning Centre website which launched this year. It has also launched mobile sites for both retailers.

It also plans to grow its international business and enter the Latin American market later this year as well as rolling out ecommerce operations overseas.

During the year Mothercare will to add 166 further international stores taking its total to 894 stores in 54 countries.

The retailer will also continue its UK partnership with Boots to sell Mothercare clothing in its larger stores.

It has also outlined further cost reduction plans to save a further £5m per year.

Mother care is the latest retailer to announce store closures in the UK. HMV is to close 60 underperforming stores and Comet plans to close at least 10. Focus DIY fell into administration earlier this month.

Yesterday the Government tasked retail specialist Mary Portas to carry out an independent review of UK high streets to identify how town centred can be revived.