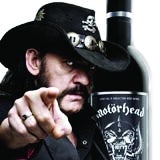 Motörhead Shiraz has been available in the Scandinavian market since 2010 when it was launched in Sweden and it will now be being imported into the UK via the wholesaler Great Wine Online.

The band follows in the footsteps of Australian rockers AC/DC who announced a range of branded wines named after their songs, such as Back In Black Shiraz, last month.

A spokesman for Great Wine Online says that the Shiraz was selected together with the band and adds: ” We’re certain that hard rock fans in the UK will love it. Wine is perhaps not their traditional drink choice, but this Shiraz has all the attitude to win them over – from the iconic label to the intense taste.”

Motörhead founder Lemmy says: “My advice is – approach it with caution. I mean, wine is deceptive, anything can happen.”

Lemmy recently appeared in an ad for Kronenbourg singing an acoustic version of Motorhead hit Ace of Spaces.

Just what it is about internal announcements? Whether it be for reasons of HR protocol, corporate blandness or sheer laziness on behalf of the author, they tend to be hopelessly formulaic. When you receive an email with an employee’s name in the subject line, you know what’s coming next: “Dave Bloggs has decided that he […] 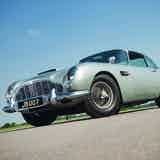 Aston Martin, famed for its appearance in James Bond films, has been named the “coolest brand” for the second year running keeping Apple off the top spot, according to the annual CoolBrands survey by SuperBrands.