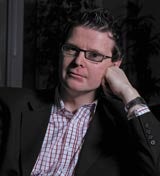 Procurement should not be allowed to threaten creativity in the advertising industry, according to Motorola’s new European marketing chief Simon Thompson.

In an exclusive interview with Marketing Week, the former Honda marketing director, who was behind the award-winning “Cog” and “Grrr” ads created by Wieden &amp; Kennedy, says procurement is the biggest challenge facing the industry today.

“Great creative work should be well rewarded and work that isn’t up to scratch shouldn’t be paid for,” he says. “It’s a question of how you value creativity. I value it by the results it generates. Creativity is everything, and letting procurement get hold of the creative process would be a disaster.”

Thompson insists Honda will continue to prosper without him, adding: “There’s more to Honda than Simon Thompson. I just understood the truth about the brand and communicated it, but there are plenty of others there who understand the truth.”

The once dominant Motorola is the second-biggest handset manufacturer in the world behind Nokia, but Thompson is convinced the company can become the market leader again within two years.

He says: “I absolutely know it’s possible. Some companies say they want to be number one but Motorola has been there and understands what it needs to do to get back.”

Motorola roster agencies include Ogilvy &amp; Mather, Abbott Mead Vickers. BBDO – which was appointed to handle a &£40m brief for the company earlier this month – and 180 Amsterdam.