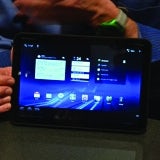 Motorola is to launch what it claims are two “game changing” devices this year in a bid to topple Apple from its smartphone and tablet lead.

Since the launch of the RAZR camera phone in 2004, which sold 110 million units, Motorola found itself usurped in sales figures by other handset manufacturers such as Apple and Sony Ericsson which were producing more innovative products at a quicker rate.

At the Consumer Electronics Show in Las Vegas earlier this month, 80 tablets were launched, but in a reversal of fortune on recent years, Motorola’s XOOM came out on top, winning the event’s “best in show” award.

The XOOM is the first tablet powered by Google-backed Android’s new 3.0 Honeycomb operating system. Its features include a 10.1 inch screen, TV and PC docking options, a HD camcorder and a dual core processor. Tech reviewers and experts have heralded the device as the closest competitor to Apple’s iPad and the soon-to-be-launched iPad 2.

Motorola also launched its ATRIX smartphone at CES, a device which it claims is “the world’s most powerful smartphone” because of its dual-core processor. It won the show’s “best smartphone” award.

The UK release dates and pricing for both products have yet to be announced.

On 4 January, Motorola divided its company into two separate businesses: Motorola Mobility, which incorporates home and mobile, and Motorola Solutions which handles business products such as two-way radios.

Morley adds: “[Mobility’s] messaging now is ’we understand you and we can make your life easier, simpler and better through technology’. Our products are tailored around your life. They are backed by leading technology, but we are not leading with the technology message.”

Motorola Mobility will release its first financials since the spin-off in its Q4 2010 earnings report on 26 January.

In October last year Motorola posted its first quarter of sales growth since 2006, with sales rising 13% to $4.9bn from the third quarter of 2009 as the company shipped 9.1 million handsets (13.6m the previous year). Motorola has a 4.3% market share in the the UK, in terms of the primary device owned, according to comScore.

It remains, however, a long way behind Apple, which has an 8.8% market share. The market-leading company announced yesterday (19 January)that it sold 16.2 million iPhones during the fourth quarter of last year, an increase of 86% over the same period the previous year, contributing to the company’s $26.74bn revenue.

Morley says Motorola ‘s strategy to close the gap is to focus on retaining the heritage of the 80-year-old brand while enthusing the “fresh energy” of the new “start-up” Mobility arm.

This year will see more marketing activity, to follow on from the recent Defy handset TV ad campaign, as well as some more “exciting announcements” at the Mobile World Congress in Barcelona next month.

Morley says despite the “consumer pull” for tablets and smartphones, marketers are not using mobile enough and points to the fragmentation of the market as one reason for this.

He adds that companies like Motorola will need to help marketers understand what opportunities and benefits mobile marketing presents in order for them to make the most out of the medium.

“The biggest benefit of mobile marketing is context. If I know you are in the cinema, the proposition is different to if you’re driving down the M1. I know your activity as well as your location so I can serve a proposition tailored to you – there’s not many media that allows you to do that,” he adds. 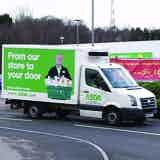 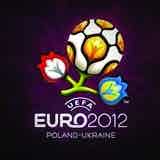 Orange has agreed a deal to become a sponsor of the UEFA Euro 2012 championships in Poland and Ukraine next year.

Mark Ritson was bold to play devil’s advocate on the value of Facebook (MW last week) but has possibly misunderstood what it has become. It has long ceased to be ’cool’, making the rare leap to become part of the everyday lives of the masses. A look at one of the (400 million) average user’s […]