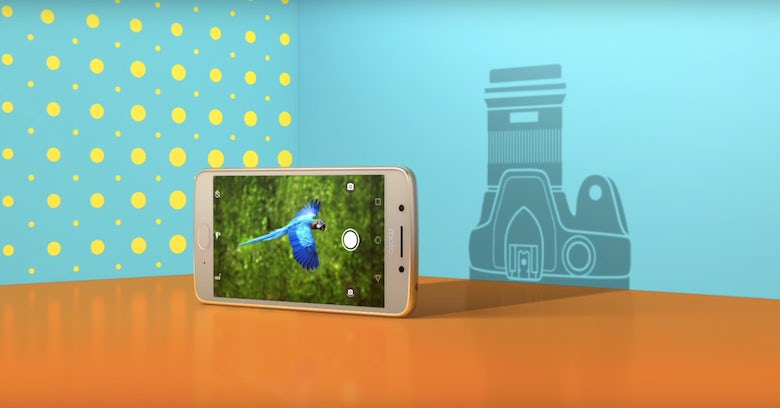 Motorola has had a bumpy few years. It was once the king of the mobile phone space with its catchy marketing ‘Hello Moto’.

But as with many of the early winners in the mobile phone space, it gradually fell out of favour, first losing its crown to Nokia and then Apple and Samsung. That fall from grace saw the mobile phone business spun out of Motorola and then almost immediately acquired by Google. Yet that deal was also short-lived. It turned out Google only wanted Motorola for its patents and it sold its set-top business to Arris and then the mobile phone division to Lenovo.

But now Motorola is making a comeback. At Mobile World Congress this year, the Motorola brand is hoping to re-establish itself as a force in mobile phones.

Speaking to Marketing Week, Jan Huckfeldt, chief marketing officer for Motorola at Lenovo, says this will be “rather easy” because the “residual brand equity is there”. However, Motorola is not going for mass appeal, but is instead targeting a specific segment it calls tech-centrics – consumers who are very tech oriented, are early adopters at the forefront of technology, consume a lot of digital media and influence others when it comes to their choices on IT.

The phones themselves cater to consumers who are looking for premium features at an affordable price and will champion its battery life and camera technology following global research into what consumers value the most in smartphones.

That research shows that a majority of people are willing to pay more for those premium smartphone features they value most – 76% will pay more for a phone with a battery that can keep up with their busy lives and 66% will pay up for an enhanced camera. The phones will also feature Google’s intelligent personal assistant technology.

Huckfeldt wants the brand identity to differ from the “less is more” product shots of competitors and took inspiration from the luxury fashion market to create a new bold brand identity that still plays to its heritage.

The return of ‘Hello Moto’

The UK is a big focus for Motorola. It will be reviving the recognisable ‘Hello Moto’ ad slogan in an effort to reignite residual brand equity that exists in the UK market.

He says: “In the UK Motorola has been particularly strong in the past. We not only have visual brand devices but we have ‘Hello Moto’ which we have revived in our efforts in bringing heritage and yet modernising it – hello moto is a wonderful brand sound device which worked well in the UK.”

He adds: “We are playing on it and we are planning a strong presence in the UK this year.”

Jo Moore, global brand director at Lenovo, says re-introducing Motorola in the UK market will be a “reboot” because “it will trigger so much latent recall of that brand in its hey day”. She says there’s so much “wonderful love of the brand” that it will just be a case of “pushing on an open door”.

Feeding into a Lenovo strategy

Having acquired Motorola in 2015, Moore says the Motorola comeback is is “a very big part of the Lenovo strategy”.

She adds: “What Jan has described, in how we developed the identity of Motorola to compete in this very hard category, is also a brilliant lever for how we build the Lenovo brands over time. It will change the perceptions and attitudes of what people think about Lenovo as well.”

In the US, for example Motorola is a soon to be 89-year-old brand, whereas “Lenovo is not in that same space”, says Moore. “It allows us to play in different markets in different ways. The two feed one another.”