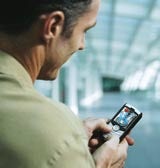 Motorola is understood to be close to buying Sendo, the UK’s only mobile phone handset manufacturer, casting doubt on the future of the UK brand, its marketing team and its relationship with advertising agency Mustoes.

The privately owned Birmingham-based company, which kicked off a multi-million pound global rebrand earlier this year, has been seen as a takeover target for some time.

Mobile phone technology group Emblaze was tipped to be in the running to buy Sendo in March, but industry sources say the deal with Motorola is as good as done.

Sendo admits it is seeking “additional investment” but will not disclose the names of the companies it is talking to. A spokesman for Motorola says the story is “rumour and speculation”.

Sendo employs 350 people worldwide, 220 of whom are based in the West Midlands, and it has an annual turnover of $400m (&£218m). It is believed to employ between five and ten marketers, although the department has been restructured recently and global marketing director Kevin Lawless has left to join Research In Motion, which makes the Blackberry device (MW last week).

If the takeover goes ahead, it is understood the Sendo brand would be axed. It is unclear what this would mean for Mustoes, which created Sendo’s biggest-ever advertising campaign this year.