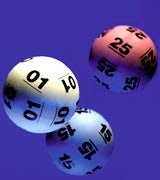 Camelot has re-appointed Media Planning Group (MPG) to handle the planning for its &£30m media account.

MPG, which has handled the Lottery operator’s planning since 1998, pitched against OMD, which is responsible for Camelot’s media buying arrangements.

MPG managing director Marc Mendoza says: “We are very confident in our own ability and we feel that we have built an unbeatable team over the past six months.

“This victory is especially sweet for us because OMD has such a great reputation.”

Camelot announced it was reviewing its media account in February, in the run-up to its second licence period, which begins early next year.

Camelot sales and marketing director Ian Milligan says: “MPG impressed us with the quality of its ideas on how to approach the challenges that lie ahead for Camelot and the National Lottery.”

Camelot will increase its annual marketing spend from &£58m to about &£75m in its second term, a figure which could be pushed as high as &£90m depending on sales. Advertising spend is also likely to increase.

Camelot has agreed to pay &£115,000 compensation for the losses to unidentified prize-winners caused by a computer software fault, following an investigation by the National Lottery Commission. The fault was originally discovered in June 1998, but covered up by Camelot’s gaming software supplier G-Tech. The money will be paid into a “Match 4” prize fund for the draw on April 28.