The All Party Parliamentary Group (APPG) on Alcohol Misuse, a cross party group of MPs and Lords, says more “meaningful sanctions” such as fines are required to stop alcohol brands excessively targeting children.

The group argues sponsorship of sporting events and teams such as Carlsberg’s sponsorship of the England team during the World Cup means children “are exposed to significantly more alcohol adverts than expected, given their viewing habits.”

It adds: “Children can’t make responsible decisions about their drinking if they grow up bombarded by excessive alcohol marketing. Yet our marketing regulations are failing to protect the youngest in society. Regulation must be statutory and independent of both the alcohol and advertising industries.

“The regulator needs meaningful sanctions, such as fines, that deter non-compliance.”

Alcohol advertising is subject to the Committee of Advertising Practice’s codes. The Advertising Standards Authority, a self-regulatory body funded by the advertising industry, adjudicates complaints.

CAP’s codes on alcohol advertising are underwritten by the principle that “marketing communications for alcoholic drinks should not be targeted at people under 18 and should not imply, condone or encourage immoderate, irresponsible or anti-social drinking”.

Ads found in breach of the codes or the spirit of the principle are banned, a sanction that carries no financial or legal penalty but the ad industry argues carries the greater sanction of being damaging to a brand’s reputation.

A spokesman for the ASA inists there is already “independent and effective” regulation of alcohol advertising through scheduling restrictions and strict content rules.

He adds: ”Our ongoing priority is to monitor the sector and provide advice and training to advertisers so that alcohol ads remain responsible and children continue to be protected. Many of the concerns raised by the APPG relate to wider marketing practices, such as sponsorship and editorial content of programmes, that aren’t covered by the Advertising Code.”

Ian Barber, communications director of the Advertising Association, says the report “ignores the reality” that young people are drinking less, citing figures from the Health and Social Care Information Centre that found the number of school children drinking alcohol fell steeply between 2003 and 2013.

“Protecting children is at the heart of the advertising rules – with limits not just on where ads can be seen, but what can be said.”

Elsewhere, the APPG says tobacco-style health warnings should be included on all labels. The group wants to see evidence-based health warning as well as the drink’s nutritional, calorific and alcohol content.

The Portman Group administers a Government-backed voluntary labelling scheme that sees the biggest brewers and distillers display the number of units, the Chief Medical Officers’ guidelines and a pregnancy warning on labels.

The APPG has also demanded a minimum unit price for alcohol although stopped short of setting a price. It rubbished the minimum “floor price”  – a formula introduced in April by the Government to curb extreme discounting – as inadequate and argues that it will have a “negligible” impact on reducing alcohol-related harm.

Conservative chair of the group Tracey Couch MP says: “The debate on alcohol and its place in and cost to society is a not new one. Successive governments have pursued what they believe to have been the right policies in trying to encourage responsible drinking, but how effective they have been in limiting the overall cost of alcohol to society is certainly something up for debate.

“The facts and figures of the scale of alcohol misuse in the UK speak for themselves: 1.2 million people a year are admitted to hospital due to alcohol; liver disease in those under 30 has more than doubled over the past 20 years; and the cost of alcohol to the economy totals £21bn. There must be a more thorough and full package of measures which tackles the problem more effectively and reduces the costs to people’s health of alcohol-related crime and treatment.” 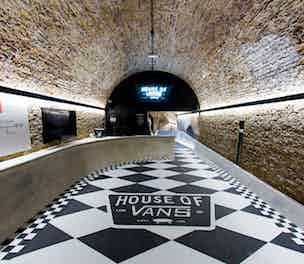