Earlier this year it was reported that Mr Kipling was poised to drop its near 50-year-old strapline, but it sought to quash the reports with a print ad in March that read “Mr Kipling doesn’t do rumours, but he does make exceedingly good cakes”.

The latest campaign centres around a TV ad which depicts the story of a boy and his imaginary pink elephant friend, undertaking a ritual before sharing a piece of cake.

The activity will be supported with an experiential event, partnerships with the X Factor and Heart Radio, in-store shopper activity and digital ads.

Matthew Critchley, Premier Foods cake category marketing director, says: “This campaign will really put Mr Kipling back in the hearts and minds of consumers. Life truly is better with cake – and we want the world to experience that delight more often.”

Mr Kipling is one of Premier’s eight core brands receiving a marketing boost this year, after the business revealed recent marketing campaigns increased its share of the ambient food category in 2013. 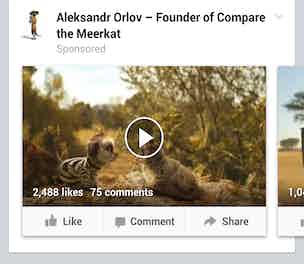