Topping a list of 13 retailers, Aldi achieved a score of 256 points for its festive marketing activity between the period of 2 November to 17 December, according to the study by Waggener Edstrom (WE), which assesses the social media impact of each retailer’s Christmas advertising.

The German discounter has maintained its positive performance from November, when its advertising beat the likes of John Lewis, to secure the best festive performance among UK brands to date.

However, it was Marks & Spencer that hit the top of the charts for the seven days ending 17 December, with a score of 32. It is benefitting from late Christmas shoppers looking to trade up on food, according to WE. For the latest week, M&S is closely followed by Asda and Sainsbury’s, with tied scores of 31, and John Lewis, with a score of 30.

For the Christmas index, WE has not just scored each retail brand’s TV ad and how it has been perceived by UK audiences but also how the retailers are maintaining and sustaining their respective campaigns in the build up to 25 December. It achieved this by tracking dialogue from when the ads first went out and then all subsequent engagements across Facebook, Twitter, Instagram, blogs, forums and news sites.

WE’s head of digital and insights Gareth Davies told Marketing Week: “M&S has experienced its most successful week since the Christmas campaign started.

“While most of the M&S commentary in the past weeks has been focused on the lack of a ‘big’ TV advert, the launch of a social media-centric ‘Pass The Parcel’ competition as well as a focus on promoting products to help their customers ‘be the perfect host’ has played right into the consumer mindset and as a result drove some of the highest engagement.” 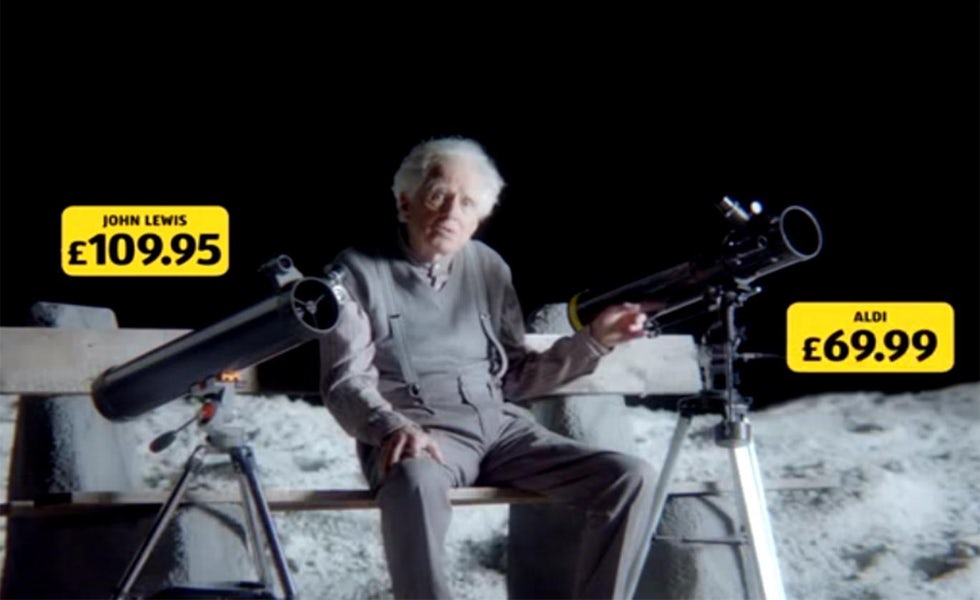 In particular, Davies believes Aldi’s long-haul approach based around gradually opening up competitions and storytelling is the winning Christmas strategy over big one-off campaigns.

“More so than any other retailer, Aldi has been pushing competitions left right and centre and has subsequently seen a rise in engagement,” added Davies. “While these engagements are often short term and do not really add to a brand’s overall narrative, products are at the heart of each mechanic. So even for those who enter these competitions and don’t win, Aldi has managed to drive product awareness, recognition and recall.”

Despite John Lewis finishing third overall, behind Sainsbury’s (241) and Aldi (256), Davies said the department store has not hit the highs of previous years.

He added: “I’m not saying that John Lewis has rested on its laurels, but when you compare how they are driving engagement versus the other retailers, there has been too much focus on the TV advert.

“While this still drives some of the highest conversation levels seen across all of the retailers tracked by our index, the retailer has failed to drive a deeper narrative around the advert stories, they have also failed to transpose the adverts story to a product promotion story. Subsequently John Lewis has relied on previous goodwill towards its brand and its Christmas adverts to get them over the line.” 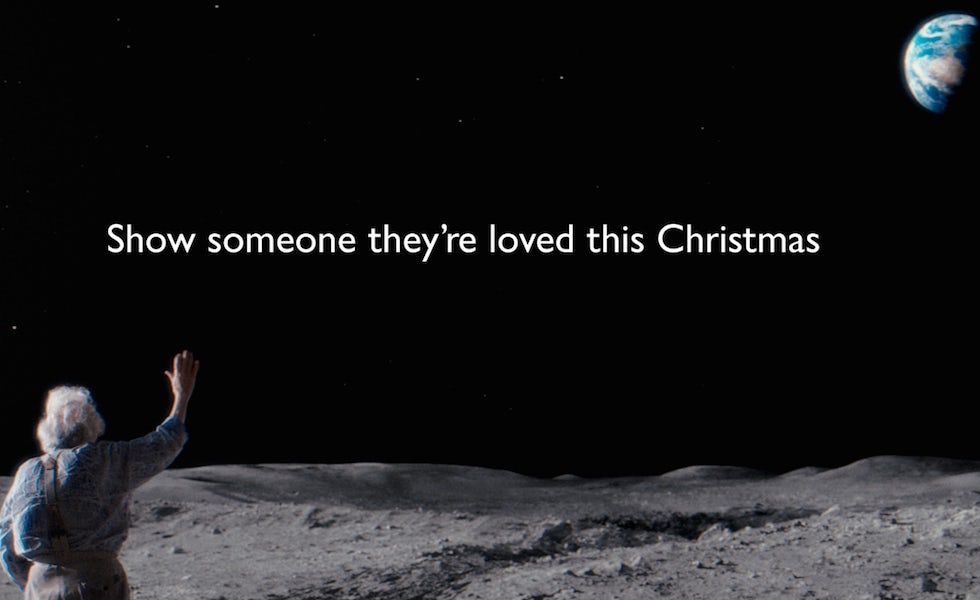 John Lewis does, however, lead the way in generating sales from its ‘Man on the Moon’ ad.

The latest research from global comms agency Way To Blue – which has monitored keywords and phrases across the internet relating to UK brands since the launch of all their major Christmas campaigns in early November – has seen John Lewis run away with purchase intent engagement.

Between the period 30 October to 17 December, John Lewis has recorded 12,794 mentions globally that directly reference an intent to buy off the back of the ‘Man on the Moon’ campaign. It was followed by Aldi (7,163 mentions) and Boots (6,275 mentions).

John Lewis has also led the purchase intent scoring in the UK market, with 4,864 mentions compared to second-placed Tesco’s 2,964.

“Competition for sales at Christmas time among the retailers is fierce but Aldi’s growing reputation and opportunistic piggybacking of John Lewis’s Man on the Moon helped its brand message to cut through the Christmas commercial clutter,” said James Everard, head of insight at Way To Blue.

“As a result it stole second place for intent to purchase mentions and third place behind Sainsbury’s for overall online discussion.”

With just over three weeks to go until Christmas it is Aldi not John Lewis that has run the most effective festive campaign so far, with its agile approach and social media engagement helping it beat out rival retailers in the Christmas ad battle. 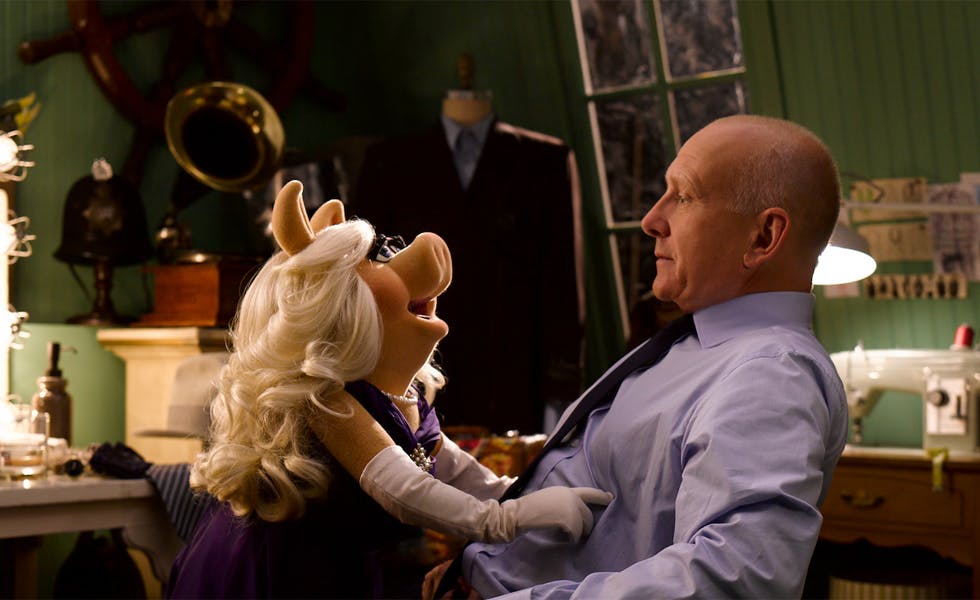 Warburtons’ campaign ‘The Giant Crumpet Show’ has been crowned the most successful Christmas TV ad of 2015 as new research shows that consumers are falling out of love with Christmas advertising clichés and that brands should instead look to make sure their ads are relevant to their brand message. 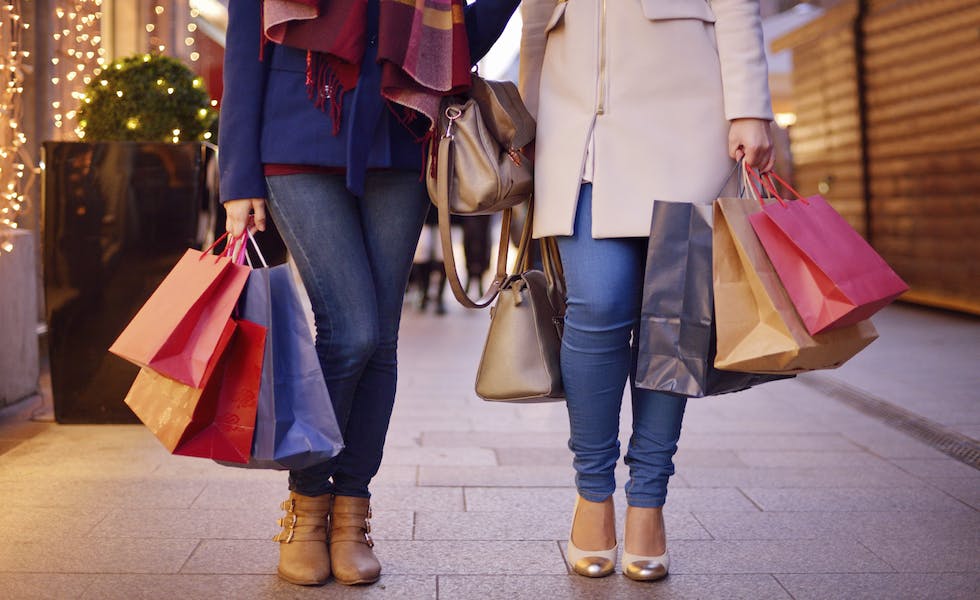 The high street is offering some of the biggest discounts in eight years as mild weather and “disappointing” Black Friday sales leave retailers with huge amount of unsold winter stock to clear.