The retailer claimed the mobile site has exceeded the initial performance objectives it set pre-launch by taking over 13,000 orders and generating over 10m page views since launch.

The site is mostly used by iPhone users although users of Android devices are the second most common visitors to the site.

Sienne Veit, social and mobile commerce development manager, said, “For M&S the m-commerce site is all about getting product quickly and easily to consumers via mobile and paying for their product on their mobile device. Our aim is to integrate mobile as a channel to stand alongside web, phone and shops as part of ’Shop Your Way’, to increase basket size and drive sales.”

Veit previously told new media age the largest transaction conducted on the site was for two sofas, which cost over £3,000 (nma.co.uk 5 August 2010).

M&S has worked with Mobile Interactive Group (MIG) and Usablenet to develop its mobile strategy. 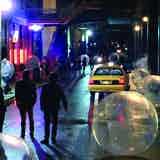 I don’t think anyone would argue with the power of “word of mouth” (“Conversations on brands are vital”, MW last week), although this research is further ammunition against those that would doubt it. Personal endorsement is the best form of marketing you can get. On top of this, the arrival of social media has made it an even more important area for marketers to understand and harness. 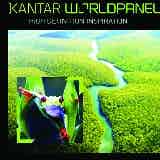