To put the latest drop in fashion sales into perspective, M&S suffered only a 2.7% fall in GM sales in its fourth quarter.

Food has been the brand’s saving grace over recent years as its fashion arm consistently fails to ignite. However, for the first quarter like-for-like food sales were also down by 0.9%. Meanwhile, total UK sales fell 1.1% and were down 4.3% at established stores.

The first quarter performance hasn’t gone down well with shareholders either. In early morning trading, shares in M&S – which have fallen 29% over the last three months and hit a 21-year low – were down by 1.2% to 290.6p.

There has been a lot of speculation over the UK’s decision to leave the EU and its potential impact on British businesses. And in the week following the vote for Brexit, the YouGov/Cebr business confidence index fell seven points, down from 112.6 just before the referendum to 105.0 in the wake of the vote to Leave.

“As highlighted in May, consumer confidence weakened in the run up to the EU referendum,” he said. “While it is too early to quantify the implications of Brexit, we are confident that our strategic priorities and the actions we are taking remain the right ones to deliver results for our customers and our business.”

Rowe also blamed poor summer weather, reduced prices, a cut back on promotions and a two week delay in launching its summer sale for the brand’s first quarter woes.

He added: “A key part of the M&S recovery plan for clothing & home is lowering prices and reducing promotions.  As a result, we ran fewer price promotions while continuing to lower prices to deliver real value to our customers, and moved the summer sale to July.

“We knew our actions would reduce total sales but we are seeing some encouraging early signs. Our food business continues to strongly outperform a deflationary market, with LFL sales slightly down when adjusted for Easter timing.

Marketing must be more “blatant”

In May, Rowe promoted M&S’ marketing chief Patrick Bousquet-Chavanne and set up a new operating board in the hope of “fixing” its sluggish general merchandise business. Rowe said the changes to marketing would ensure it “put the customer at the heart of everything we do”. M&S is also currently pitching its advertising account.

According to Retail Remedy’s James McGregor, the marketing at M&S must become “more blatant” to encourage more spend in clothing; a division in which the brand has hired the likes of Alexa Chung to model its ranges over recent years.

“What M&S must now do is disrupt the customer on their journey to the food hall,” said McGregor. “Take them completely by surprise and be blatant about why they should take a detour to clothing. Price is a significant part of the equation but it is time to look further into the clothing proposition?”

And as Primark today reported a 7% rise in sales, McGregor said he would also like to see M&S stop blaming the weather.

“M&S state unfavourable weather has hit trading this quarter. Primark also state like-for-likes hit by weather in the last quarter but reporting a 7% sales growth for the last 40 weeks suggest they have been sheltering from the rain. The weather excuse is becoming as transparent as a white shirt in the rain.”

Since Bousquet-Chavanne joined M&S in 2013, M&S has hugely increased its marketing spend from £46.3m in 2013 to almost £63.7m excluding digital last year, according to figures compiled by Nielsen. It has also increasingly put money into digital, investing 25% of its Christmas spend on digital as it launched its first mobile-first campaign.

And after this most recent setback, Rowe will be praying the rising investment in marketing starts to make a more noticeable impact on GM. 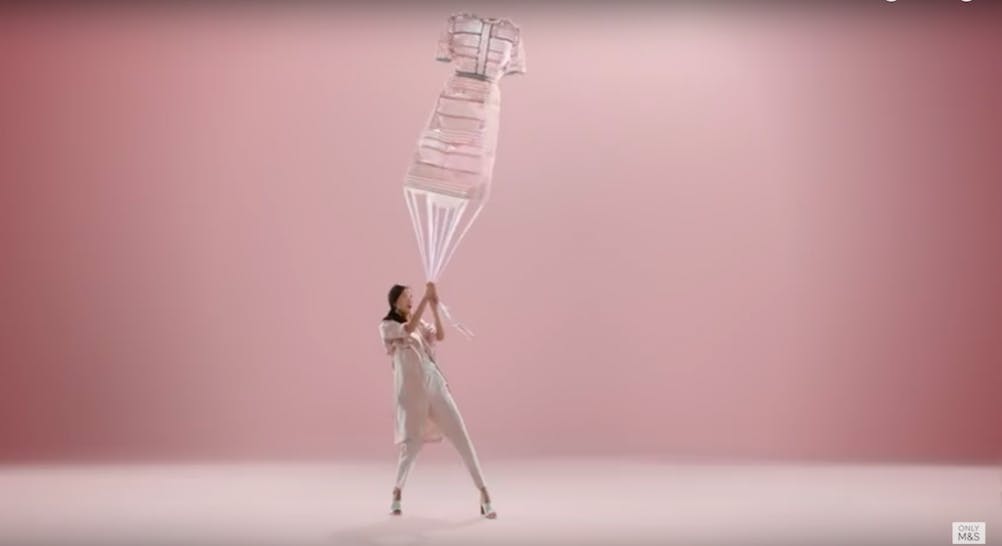 New Marks & Spencer boss Steve Rowe used his first formal set of results to lay out a five point strategy that he hopes will revive the brand by appealing to ‘Mrs M&S’ but also to those customers that shop infrequently at its stores.

Marks & Spencer has promoted its marketing chief Patrick Bousquet-Chavanne and set up a new operating board tasked with “fixing” its general merchandise business as it looks to put the customer “at the heart of everything we do”.