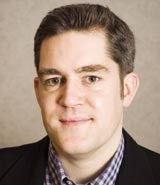 When Marks &amp; Spencer chief executive Stuart Rose proclaimed at a recent trading update that 2005 was the retailer’s “year of the chocolate pudding”, it was more than a glib remark about improved food sales.

Rose’s carefully crafted presentation to the City pointed to a wider strategy to develop M&amp;S’ food offering. Having appeased George Davies following a very public spat over his Per Una contract, Rose appears to be shifting his focus to food, which enjoyed a 7.9 per cent uplift in sales in the final 13 weeks of 2005.

Whether or not the improvement was a result of Rainey Kelly Campbell Roalfe/Y&amp;R’s “This is not justâ¦” campaign, which was found alluring and patronising in equal measures by advertising experts, the decision to boost food seems wise. M&amp;S set up a food development unit last year, has mooted the idea of entering the catering market, and is testing demand for hot takeaways.

Last week’s announcement that M&amp;S has bought 28 Iceland outlets, to accelerate plans to open another 100 of its Simply Food stores by 2008, was swiftly followed by reports that the retailer is set to supply that range to 300 BP petrol garages in the UK.

Despite denials, M&amp;S seems to have wasted no time in building on an earlier deal to supply eight BP Connect outlets, unveiled in November. Forecourt shops will be stocked with a selection of fresh produce, sandwiches and wine from the retailer.

Quite what this means for the future of BP’s Wild Bean CafÃ© brand – especially if the outlets are overhauled with M&amp;S branding – remains to be seen. But the oil giant sees revenue opportunities in boosting its grocery offering, at a time when petrol is affording the sector little profit.

Likewise, it would be easy to conclude that M&amp;S is using BP’s forecourts as a ready-made network to enhance its convenience store proposition. With Tesco Express and Sainsbury’s Local now dominating the major grocers’ convenience market, and Asda rolling out its Essentials network, the move makes sense. Even so, M&amp;S may well have left it too late to make an impact on its rivals.

A spanner in the works could be the plans of at least one major UK grocer to trial a new kind of delivery service, allowing consumers to collect their online shopping order on the way home. According to industry sources, the retailer involved would deliver to a local pick-up point such as – so the rumour goes – a petrol station, or local shop, alleviating concerns about goods being damaged or stolen outside consumers’ homes. Coupled with the boom in internet shopping, the lack of a major same-day online food ordering service at M&amp;S could become a problem in a fiercely competitive marketplace.

Overall, Rose’s strategy seems to be blooming, with analysts predicting M&amp;S’ food business will be larger than clothing and home sales combined by next year. The chain has the benefit of being viewed as a provider of quality, fresh produce, and has not thus far been directly involved in the convenience war fought by its supermarket rivals.

But now that it is likely to roll out a convenience network of its own, Rose had better make sure he has all his bases covered, in preparation for the City scrutiny the operation with surely face.