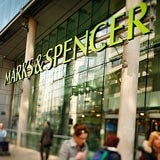 Marc Bolland, M&S CEO, is expected to announce the plans next week as part of his six-month review of the business alongside its interim results statement.

The retailer is thought to be in talks with European retail chains El Corte Ingles and Galaries Lafayette to buy back a number of stores it sold off when it pulled out of Europe a decade ago.

Bolland is understood to want to rebuild the chain’s European business quickly to kick-start its international growth.

He is also reported to have hired headhunters to find top level executives to lead M&S’s international, online and homeware divisions, which indicates the areas on which his business review will focus.

M&S operates 320 stores outside of the UK, the majority run as franchises.

M&S pulled out of continental Europe in 2001 closing 38 stores. The decision was met with outcry from European consumers and the flagship Paris store had its own book of condolence when it closed.