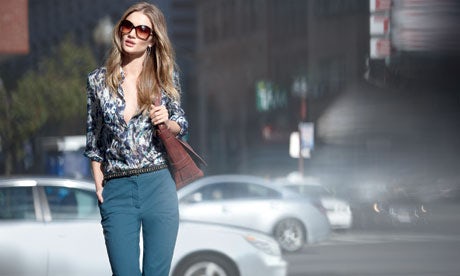 The news comes as the retailer reports a 7% dip in its clothing and general merchandise sales during its first quarter.

General merchandise executive director Bostock, who joined the company in 2004, will leave in October by “mutual consent”. It is widely reported that Bostock will join online fashion retailer Asos.

She will be replaced by John Dixon, who has led Marks & Spencer’s food business to success in recent years and has spent 26 years at the retailer.

Former Debenhams and Aquascutum chief executive Belinda Earl will also join the company as style director and will report to Dixon from September.

The changes come as the company reports its worst non-food sales for more than three years as its failure to attract consumers through its celebrity backed advertising campaign was compounded by “unseasonal weather conditions”.

Falling clothing sales dragged down income from stores open for a year or more by by 2.8% in the 13 weeks to June 30. The decline was offset by a 0.6 increase in food sales during the same period, with total group sales falling by 0.7%.

Additionally, multi-channel sales, which the brand has invested heavily to grow with tie-ups with Samsung and the launch of an online discount store in recent months, were up by 14.9%.

Marc Bolland, chief executive of M&S, says: “Our food business has again performed strongly. General Merchandise underperformed in a difficult trading season. We are confident we are taking the necessary steps to address this.

“We are pleased with the performance in Multi-channel and our key International businesses, which are continuing to make good progress.”

The news comes as monthly figures from the British Retail Consortium (BRC) show that sales increased by 1.4% compared with June last year.