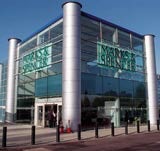 Carol Stockhill, Marks &amp; Spencer (M&S) head of Christmas, has extended her duties by taking on responsibility for planning and co-ordinating marketing activities.

Stockhill co-ordinated all promotional activity for the retailer last Christmas, which resulted in an 8.3 per cent sales hike in the run-up to the festive season. This was an improvement on the previous year, when the retailer saw group sales fall by 5.1 per cent.

In addition to continuing to co-ordinate M&S’s Christmas marketing, Stockhill takes on responsibility for the marketing previously overseen by Anna Joseph. Joseph has become UK and Ireland marketing director for Burger King.

M&S is re-inventing itself as a “lifestyle experience” and plans are in place to promote it as part of a luxury lifestyle using the line “luxury quality affordable to everyone”.