M&S first launched its ‘digital lab’ back in 2013. Self-described as having a “Silicon Roundabout” style startup mentality, its role was to enable the rapid development of new in-store technology.

However after “proving its worth”, the proposition developed into Venture Labs around six months ago, according to Hemal Kuntawala, its head of products and business models. The division aims to find solutions to make the M&S shopping experience “more joined up” for both in-store and online.

Tuesday, one of the team’s first projects, uses an internal M&S stylist to regularly advise users on clothing suggestions based around their body shape and the season. It already has 1,200 users and is seeing 200% monthly growth.

Kuntawala told Marketing Week: “We exist to think outside the box when it comes to offering consumers instant gratification.

“It is rare that a retailer has or offers an internal team of engineers the luxury of creative freedom and a lot of what we work on is inspired from outside the business. It could be learnings from psychologists or fashion designers, our job is to connect the dots and make it work for M&S.”

He said Tuesday, which is currently just a website, could soon be rolled out in app form due to its success.

The idea for Tuesday follows Venture Labs’ “The Shirt Shop” project, which aimed to simplify the shirt buying process for men, and “M&S Style Board” – which allows consumers to mix and match clothing items to create unique viral styles such as “Spring Goth.”

The team, which consists of just five members (Kuntawala along with three engineers and one designer), and its focus on fashion is timely.

M&S saw sales of clothing and homeware slip 0.4% in the three months to 13 June. The dip was particularly disappointing because M&S had delivered its first rise in clothing sales in four years in the previous quarter.

Kuntawala admitted that reigniting fashion sales is a particular focus. “There’s a bit of trying to bring in a younger consumer but it’s primarily about how we can solve issues for customers on what to wear and how to wear it regardless of their demographic,” he explained.

“We want to find ways to continue the rapport that is built in-store. Someone might buy a jacket for a job interview and learn tips from an in-store sales assistant but that relationship ends as soon as they leave. Why can’t we put that sales assistant in their pocket?

“We’re hitting targets and what we’ve done to date is resulting in an incremental sale – for every 1,200 consumers on Tuesday there’s an increase in their respective purchasing at M&S.”

Support from the top

One of Venture Labs’ biggest success stories is the “Cook With M&S” app. Providing solutions to its consumer’s meal dilemmas and promoting scratch cooking, the app has been downloaded over 350,000 times and is regularly at the top of the iOS App Store. It has also allowed M&S to keep a digital record of what meals are most popular among consumers.

Kuntawala praised the M&S board for embracing the team’s failures as much as its successes.

“For every one thing that is a success, there are three or four that didn’t make it. But there is unique customer learnings whether something succeeds or not and the board gets that,” he added.

M&S has spoken openly about its bid to champion personalisation to boost online sales and Kuntawala said the approach to create internally is giving it an advantage over competitors.

“If you open a restaurant it needs chefs in the kitchen or the alternative is that you outsource the catering with a month turnaround. If you have chefs already in the kitchen you can change things on a daily basis,” he said.

“The same applies for software, if M&S wants to better its fashion or food, it is easy to do so efficiently with in-house engineers.”

He also gave an insight into what the team could be working on next, adding: “We sell a lot of different things from sofas to sandwiches, with each categories sold in a different way. I think a lot of the categories are ripe to have a digital concierge experience built around them.” 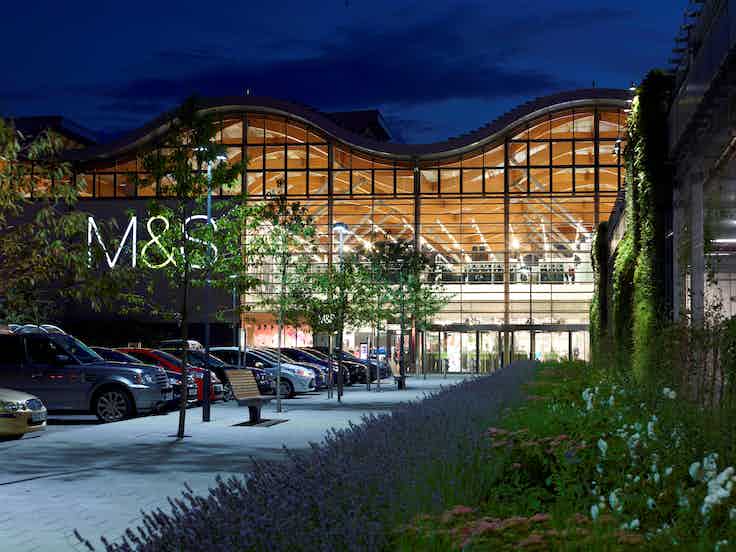