Patrick Bousquet-Chavanne, M&S’s marketing boss, explains: “We’re on a mission to put our customers at the heart of everything we do and it’s vital we offer rich engagement across all their experiences with M&S – from in-store, to digital and mobile, to TV advertising.”

That statement sets out the M&S strategy. Earlier this month M&S expanded Bousquet-Chavanne’s remit, giving him responsibility for customer, marketing and M&S.com as it looks to more closely align its stores, online and advertising. And in February it ended its relationship with AKQA, which worked on its digital activity.

Both changes point to M&S looking to move its ad account to one agency to ensure brand consistency. Prior to today’s announcement it was assumed that RKCR/Y&R, the incumbent on the creative account, would get the digital work as well.

RKCR is involved with the pitch, along with other agencies. Bousquet-Chavanne adds: “We’ll be inviting Rainey Kelly to pitch alongside other agencies to deliver fully integrated customer marketing.

“This process will enable us to ensure we’re continuing to share with our customers the very best of M&S.”

That M&S is pitching will come as little surprise to many. It had been widely expected since Bousquet-Chavanne joined M&S in 2013. In that time M&S has hugely increased its marketing spend, from £46.3m in 2013 to almost £63.7m excluding digital last year, according to figures compiled by Nielsen.

It has also increasingly put money into digital, investing 25% of its Christmas spend on digital as it launched its first mobile-first campaign and Bousquet-Chavanne has spoken often about the need to follow consumers to digital and social media.

That shift in focus and spend has led him to the conclusion that M&S needs to pitch its ad business to ensure it is getting the best value and that it is using the best messages to reach its customers across media.

The M&S brand remains the top ranked by YouGov BrandIndex with an Index score (which measures metrics such as value, quality and reputation) of 44.2. However that has fallen by 2.1 points over the past year, an amount that YouGov deems “statistically significant”.

M&S has a new boss in Steve Rowe, who has previously headed up both its food and, more recently, its general merchandise businesses. He is expected to set out his vision for the company on Wednesday (25 May) at M&S’s full-year results, with the main focus on boosting its clothing and home divisions so they match up to the strong performance at its food business.

Whichever agency ends up on the account, key to its success will “creatively communicating” the new vision M&S has for its business, according to Conlumino retail analyst Neil Saunders. “This means understanding where the business is trying to go and who it wants to target and then finding ways to put this across in a compelling way that makes consumers want to shop at M&S.”

The agency will face two key challenges, he suggests. The first is making sure that the marketing matches up with what customers will actually find in store and the second is winning back old customers while retaining those that still shop there.

“The communication has to be aspirational but not in a way that jars with what customers will actually find. The agency also has two audiences to target and must ensure that the messaging is suitable for both,” explains Saunders.

“Ultimately, this won’t just be down to the agency; some of it is down to M&S itself. Thinking across all areas – product, stores, and marketing – needs to be joined up and coherent. That is the real key to success.”

Marks & Spencer has promoted its marketing chief Patrick Bousquet-Chavanne and set up a new operating board tasked with “fixing” its general merchandise business as it looks to put the customer “at the heart of everything we do”. 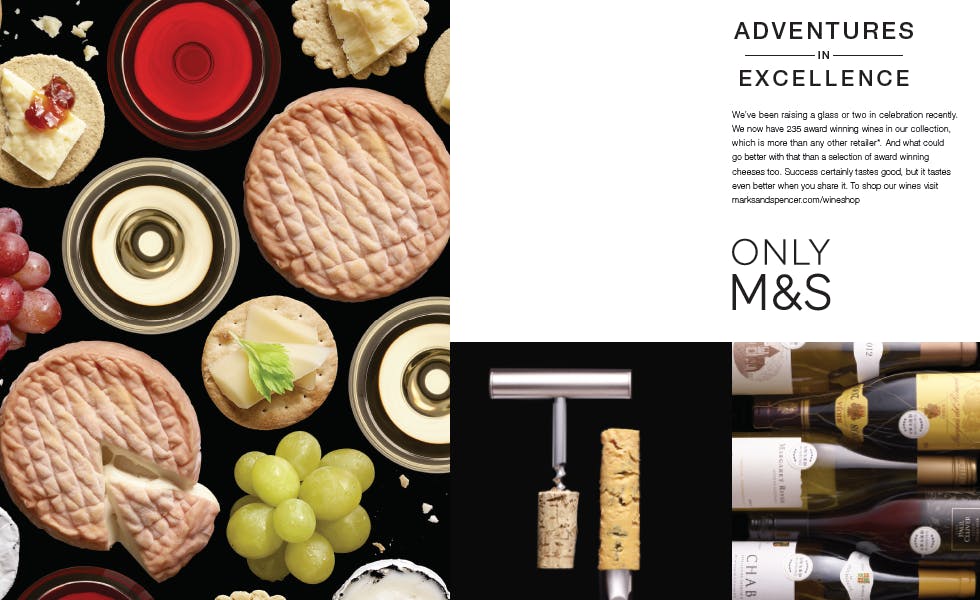 Marks & Spencer’s global customer director Nathan Ansell admits that when he first joined the retailer in 2011 there was ‘something wrong’ in its marketing department. He says that a focus on strategy and brand positioning have helped food sales grow for the past 26 quarters, with M&S looking to replicate its food success in GM.